(Robert Romano for NetRightDaily.com) – But for a promised vote on reauthorizing the Export-Import Bank, legislation granting trade promotion authority to President Barack Obama to negotiate the Trans-Pacific Partnership might have failed. 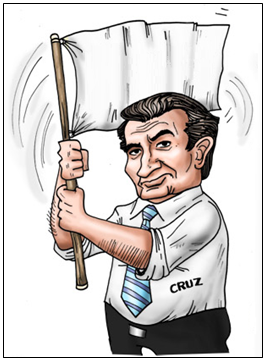 Or is it the other way around?

Ahead of Senate passage of trade authority on May 22, Senate Democrats were again promising to filibuster the bill — unless some additional demands were acceded to.

Heading into the debate, Democrats managed to finagle trade adjustment assistance into the bill — a big labor union payoff — plus additional, separate votes on currency manipulation and other items.

And, to get to a final vote on trade authority, Sen. Maria Cantwell (D-Wash.) — plus Sen. Patty Murray (D-Wash.), Sen. Chris Coons (D-Del.), Sen. Heidi Heitkamp (D-N.D.), and Sen. Lindsey Graham (R-S.C.) — managed to extract a promised vote later this session on reauthorizing the Export-Import Bank of the United States.

In the meantime, those who should have known better, like Sen. Ted Cruz (R-Texas) — a stated opponent of Ex-Im Bank — helped pave the way for its reauthorization by expediting the trade bill’s passage.

For, once it was clear — as it was on May 20 — that Ex-Im’s reauthorization hinged on passing trade authority, opponents of the bank like Cruz should have withdrawn their support. But they didn’t.

In an op-ed for USA Today last year, Cruz wrote, “The Export-Import Bank is big businesses’ big-government bank backed by U.S. taxpayers. It sends huge amounts of assistance to foreign corporations, buyers, and companies that are hostile to our economic and security interests, but can afford armies of lobbyists to access easy financing backed by American taxpayers.”

At the close of the op-ed, Cruz had warned readers that, “Those siding with foreign corporations, lobbyists and crony politicians will be on one side. Those fighting for the values and interests of American workers will be on the other.”

Sen. Thom Tillis (R-N.C.) campaigned against the Ex-Im Bank, and he, too, voted in favor of granting trade authority to Obama.

If Cruz, Rubio, and Tillis had just voted to block the trade authority bill — which only reached cloture with 61 votes — that might have been enough to kill the Ex-Im Bank in the Senate since, per Cantwell, no Ex-Im Bank, no trade authority.

Now, one might quibble that the votes for Ex-Im’s reauthorization already existed in the Senate.

Yes, but not in the House.

And now the pressure will be put to members of the House, many of whom do not support extending the Ex-Im Bank’s charter, to bring reauthorization to the floor in exchange for passing trade authority. That is the precedent that has been set in the Senate.

Meaning, Cantwell, Murray, Graham and company have likely managed to set the House’s agenda for the next few months. Trade adjustment assistance, the Ex-Im Bank — all to give Republicans the votes they desperately wanted to pass trade authority for Obama.

Heck, Democrats might as well just hold out for a few more sweeteners to be attached. At this rate, they will manage to get another $1 trillion stimulus through Congress. And, yes, those Republicans who helped get the trade bill passed will be to blame.