Blame Sandoval for the Trump Revolt and Rebellion

Blame Sandoval for the Trump Revolt and Rebellion
N&V Staff 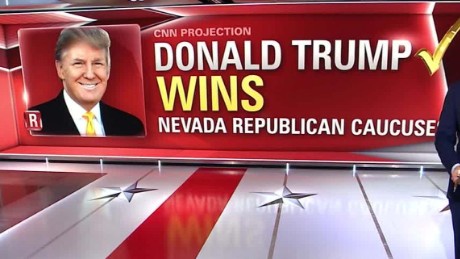 ck Muth) – The political colossus that is Donald Trump thundered through the Nevada caucus and crushed his rivals by his biggest margins yet.  As such, the GOP establishment has moved from stunned shock to utter terror.  How did this happen?

Well, OK, not just Sandoval.  Sandoval-like Republicans.  In Nevada.  In Congress.  Donald Trump is a nightmare of their own making.

Hearken back to the summer of 2009.  Sandoval challenged conservative then-Gov. Jim Gibbons in the GOP primary.  And he ran to the right of Gibbons, sounding like the second coming of Ronald Reagan.

But once in office…

Sandoval proceeded to embrace ObamaCare, expand Medicaid, give drivers licenses to illegal aliens, engorge government spending and shove the largest tax hike in the state’s history down our throats.

Oh, and he shafted Nevadans with the full aid and comfort of a Republican-majority state Legislature whose GOP members also ran under false advertising as hard-core fiscal conservatives.

Now those same fork-tongued, two-faced politicians are campaigning for re-election by falsely claiming they didn’t do what they did!  They’re tinkling on our leg and telling us it’s raining.

But the jig is up.  Voters, especially conservatives, ain’t buying the snake oil any longer.  Indeed, no one believes anything ANY politician says.  Call it the Sandoval Syndrome.

The fact is politicians like John Kasich, Ted Cruz and Marco Rubio have pretty solid conservative voting records.  Yet a lot of conservatives just don’t care.  They’ve been burned too many times by the Sandovals of the world.  They’re sick and tired of broken campaign promises.

For example, Republican politicians in Congress have been promising to “build a wall” for over decade now.  Yet…no wall.  So when any of them now say they’re gonna “build a wall,” no one believes them.  Because they’ve always backed down.

Trump, on the other hand, has proven he won’t back down.  To anyone.  Not the GOP establishment.  Not the media.  Not the race-baiters.  Not the professional victimologists.  Not the speech police.  Not even the Pope!

Of course, once in office Trump could prove to be a YUUGE disappointment – much like how tough-talking Arnold Schwarzenegger turned into a “girlie man” after being elected governor of California.  But thanks to Republicans like Brian Sandoval, GOP voters this year are inclined to roll the dice, even at the risk of crapping out.

Because after 28 straight years of broken “read my lips” promises from Sandoval Republicans, GOP voters are willing to take a riverboat gamble on making America great again with the only guy they believe can actually pull it off.