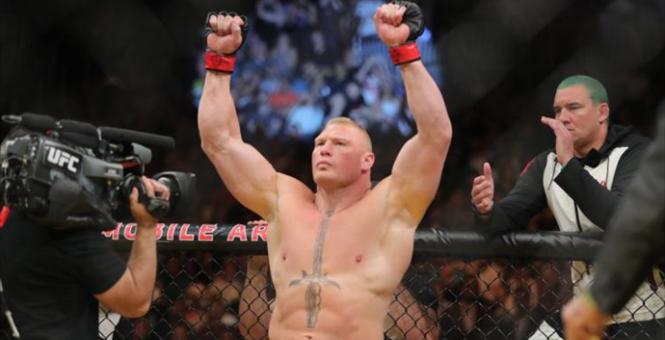 (Justin Holcomb, TownHall) After coming out of retirement from the Ultimate Fighting Championship in 2011, Brock Lesnar took to the Las Vegas arena on Saturday and defeated his opponent Mark Hunt.

Immediately after his victory, Lesnar was asked about the fight, but instead used the stage to praise law enforcement and bring unity just two days after the shooting of five police officers in Dallas.

“One thing I do want to do: America, a shout out to the men in uniform who protect and serve this country, from sea to shining sea,” Lesnar said in his post-fight interview. “From sea to shining sea.  From one white boy to all nationalities, we need to stand together people.” Click here to continue reading