Butcher Doc Threatens to Sue Me

(Chuck Muth) – Back in late October, I wrote about a Las Vegas abortion doctor, Adam Levy, who did a campaign commercial on behalf of extreme, pro-abortion Rep. Susie Lee (D-NV). 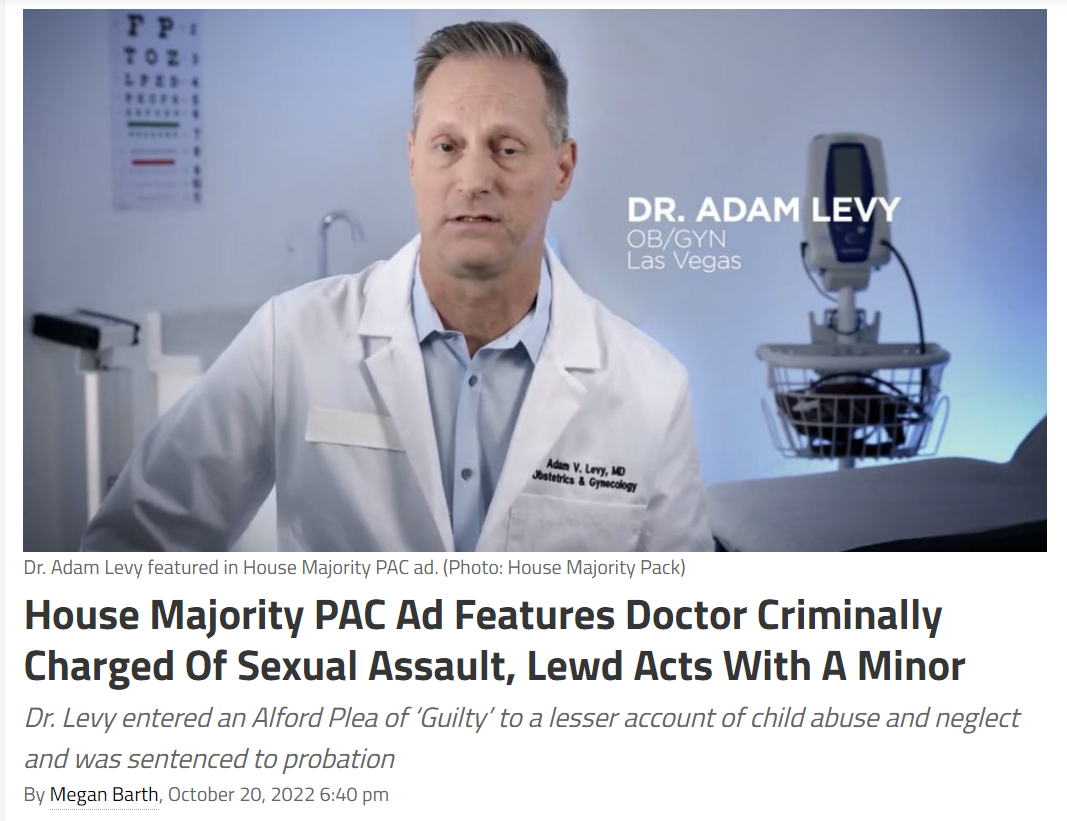 In the blog post, I referenced multiple articles about his “history of medical malpractice, including killing a woman in a botched abortion” and court documents “showing Levy was charged with one count of sexual assault on a girl under the age of 16 and six counts of lewdness on a girl under the age of 14.” Well, on Thursday I received an email from a “Business & Personal Reputation Management” company out of Florida with the subject line: “Removal Request (First Notice) Respectfully.” In it, the company requested that I take down my column and threatened that…      “Dr. Levy has expressed interest in retaining his attorneys to file action if this cannot be resolved cordially and will seek monetary damages which could include legal fees, court costs, and punitive damages.” The company went on to apply even more pressure…      “The content in the URL is also slanderous, defamatory and tortious interference. Dr. Levy was never convicted of any crime as a result of a ‘botched abortion.’ He was also never convicted with a felony for sexual assault and took an Alford plea.” My reply…      “Pound sand (respectfully). Bring…it…on.” Everything I wrote, the best of my knowledge, is absolutely accurate.  The medical claim about the “botched abortion” is well-documented in court papers, as well as his guilty plea and conviction for “Child Abuse and Neglect.” 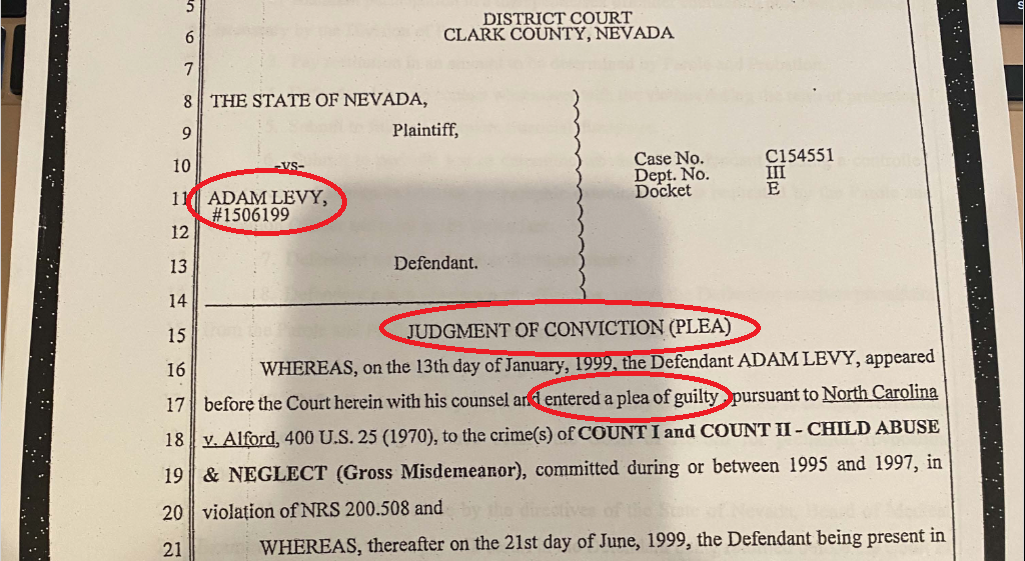 Now, if Levy really wants to sue me, that means we’ll have to air out additional elements of the story which I’d then be obligated to investigate more deeply.  That would include the following allegations that I’ve heard, and believe would be documented and confirmed, in any such lawsuit…

All of which would have remained under the rug had Levy not decided to cut that commercial for Susie Lee and the Democrats in which he declared that “April Becker is a dangerous threat to the women of Nevada.” Once he went public and entered the political arena, this thing called the “First Amendment” kicked in.  There was nothing “slanderous” or “defamatory” in anything I wrote since it was all based on public records and my own personal opinions based on those records.  So if Levy wants to re-open this Pandora’s box of worms with his frivolous lawsuit threat, well…see ya in court, Doc. How to Get Ready for Upcoming Nevada Legislative Session We’re a month away from the start of the 2023 session of the Nevada Legislature.  And I normally would say, “Grab your wallets.” However, tax-hiking Democrat Gov. Steve Sisolak was tossed out of office – the only incumbent governor in the country to lose in November – and incoming Republican Gov. Joe Lombardo has stated, in no uncertain terms, that he will NOT be raising taxes. And fortunately, Republicans in the state Senate still have enough votes to block any effort by Democrats to over-ride a tax-hike veto. But as you know, taxes aren’t the only important issue legislators will be dealing with.  Obviously, some changes need to be made to our election laws.  Obviously, something needs to be done to fix our worst-in-the-nation education system (and not by dumping more money into this bottomless pit).  Obviously,  something needs to be done to nail shut the revolving jailhouse doors that keep letting criminals back on the street to terrorize our neighborhoods. And obviously, none of that is going to happen in a Democrat-controlled Legislature without a LOT of citizens putting on, and keeping on, the pressure. But how can the average citizen get involved and make a difference? Janine Hansen of Nevada Families for Freedom has been an UNPAID citizen lobbyist in Carson City since 1971.  Paraphrasing the Farmer’s Insurance ads, she knows a thing or two because she’s seen a thing or two. Janine’s a rock-solid conservative – she was Citizen Outreach’s “Conservative of the Year” in 2010 – who has a knack for uncovering “poison pill” items hidden away in bills that many conservative legislators miss.  And her organization’s “action alerts” during each legislative session are indispensable for anyone wanting to be involved in the process. Janine will be conducting a series of “Citizen Lobbyist Workshops” all around the state leading up to the start of the ’23 session.  Citizen Outreach is proud to be a co-sponsor of Janine’s training and highly encourages folks to attend.  Here’s the schedule… ElkoSaturday, January 14, 1pm, Stockman’s UpstairsCoalition of Nevada Voters Las VegasMonday, January 23, 1pm, Sahara West Library, 9600 W Sahara Ave., Las Vegas, 89117.Contact Mary Rooney from NevadansCAN, 702-413-4828 PahrumpTuesday, January 24, 10am, Pahrump Valley Museum, 401 E. Basin Ave.New Nevada State Movement Carson CitySaturday, February 4, 9am, A to Zen Shop, 1803 N. Carson St.,People’s Rights Nevada and Health Freedom Nevada Monday, February 6, 4pm, 1971 California St. Carson City MindenTuesday, February 7, noon, COD Casino, 1593 EsmeraldaGood Government Group RenoTuesday, February 7, 6pm, 1301 Cordone Ave. corner of VassarWashoe County Republican Assembly Wednesday, February 8, 11:30am, King Buffet corner of Kietzke and PeckhamConservative Talk Lunch Spanish SpringsWednesday, February 8, 6:30pm, Spanish Springs Library, 7100-A Pyramid Hwy, Lazy 5 Park, Paiute Room, Spanish Springs RenoThursday, February 9, 11:45-1pm, Atlantis Hotel & Casino, 3800 S. Virginia StreetRepublican Women of Reno For further information, contact: Janine at 775-397-6859 or director@nevadafamilies.org. Inner Circle Membership For information on how to join Citizen Outreach’s Inner Circle Club, click here.  Enter the promo code “member99” for $50 discount. For information on how to join one of Citizen Outreach’s other “Donor First” clubs – the Reagan Legacy Council, Steering Committee, or President’s Advisory Board – click here. FAMOUS LAST WORDS“Learn how to effectively lobby the Legislature from your own home. Learn how a bill becomes law. Your pocketbook and liberties are at stake. You can make a difference through your participation! We make it simple!” – Janine Hansen, Nevada Families for Freedom Mr. Muth is president of Citizen Outreach, publisher of Nevada News & Views and blogs at MuthsTruths.com.  His views are his own.

Oh, What a Night…Pastapalooza, Baby! 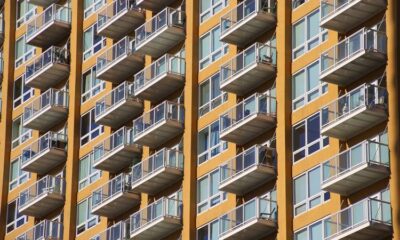 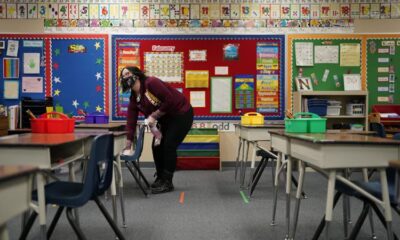