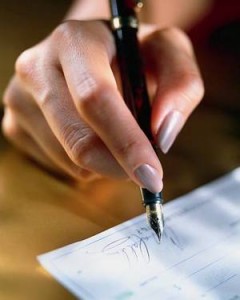 (Victor Joecks/NPRI) – Earlier today, CCSD trustees approved a proposal to raise taxes by $669 million over the next six years. The plan must clear a couple of more hoops and then it goes to the voters in November.

This is not a bond campaign, because the CCSD trustees are going to propose a pay-as-you-go plan. As Trustee Carolyn Edwards noted, this is a capital program campaign.

I’ll address some of the arguments being used by the trustees — equity, that money is necessary for reform and letting the voters decide — in the future. For now, here’s seven points of context to remember when listening to individuals talk about the need for more tax dollars.

3. Citizens and especially parents should be aware of the size of this bond. The 1998 bond brought in $4.9 billion, built 112 new schools and accommodated a 50 percent increase in school enrollment.

The total desired amount, although the board is only seeking $669 million this fall, is $5.3 billion, while the cumulative increase in student population over the next 10 years is projected to be less than five percent.

4. Even though the school board is not asking for $5.3 billion initially, the tax rate is being set for the $5.3 billion ask in upcoming years. And as we’ve seen with the “temporary” tax increases at the state level, “temporary” taxes are usually permanent. Once government gets access to money, it is nearly impossible for citizens to take it back.

5. According to a CCSD presentation on the bond, $500 million would be set aside for technology.

Now, digital learning is a great tool. One of the best things about digital learning around the country is that is shows how to increase student achievement while lower costs and increasing access. Digital learning shouldn’t be an excuse to spend more, however, and let’s get some perspective on exactly how much $500 million is.

There are less than 350,000 students and fulltime employees in CCSD. If CCSD was to give every student and employee an iPad 2, it would only cost less than $200 million.

The $500 million figure doesn’t even touch on the $475 million sought for “equipment.” Combining the monies sought for technology and equipment, that’s over $2.7 million for every one of CCSD’s 357 schools.

6. CCSD is also requesting $3.425 billion for renovation and replacement. That’s almost $10 million per school in a district where the average school is 22 years old.

Like with virtually all government projects, things get more and more expensive. Imagine how expensive things will get with $5.3 billion laying around and only a five percent growth in student population.

8. Charter schools receive no capital funds. Putting a $5.3 billion slush fund into the hands of the district will further entrench the status quo, instead of spurring the accountability and reforms that only come to government agencies when there’s no other option left. The Las Vegas Review-Journal also had an excellent editorial on this issue this morning.

At today’s meeting, trustees hope to have answers from staff on exactly where the money would go. The fact that the district wasn’t able to provide those answers last week makes the proposal seem like a request for a blank check.