Charles Dawes – The Rest of the Story

Charles Dawes – The Rest of the Story
Ron Knecht 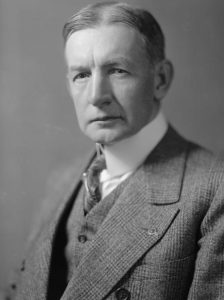 Charles Dawes was U.S. Vice President in 1925-1929 under President Calvin Coolidge. However, Dawes was much more than just that.

Born in Marietta, Ohio in 1865, he was the son of a Civil War general and nephew of a Civil War major who fought under Ulysses S. Grant at Vicksburg and Shiloh.

He also descended from William Dawes, who rode with Paul Revere in 1775 warning Massachusetts colonists that the “regulars” were coming.

He grew up in Marietta and attended Marietta College before moving to Cincinnati for law school.

After law school, he moved to Nebraska where he passed the bar and became a lifelong friend of William Jennings Bryan, the three-time failed presidential candidate and famous orator.  They were friends despite Dawes’s opposition to Bryan’s free silver policies.  Perhaps a lesson for today: opposition on policy should not deter a true friendship.

In Nebraska, Dawes started to show his keen business mind.  According to nobelprize.org, he “controlled a city block of business offices, controlled a meat packing plant, acted as a director for a bank, and was an investor in land and in bank stocks.”  All in just seven years.

In 1893, he moved to the Chicago area to join his brothers.  Within a few years they amassed a portfolio of 28 gas and electric plants in ten states.

In 1900, he was appointed Comptroller of the Currency and had the support of President William McKinley to run for a senate seat in Illinois in 1902.  However, McKinley was assassinated and his successor, Theodore Roosevelt, preferred Dawes’ opponent.  He withdrew and founded the Central Trust Company of Illinois.

It seemed at this point that his political career had ended, and he worked managing the bank until war broke out in 1917.  Dawes was commissioned as a major in the Army for World War I, and was discharged as a brigadier general.   He served his country well by improving supply and distribution for the allied forces and unifying the distribution of supplies under one authority.

After the war, he reengaged in politics with his support of the Treaty of Versailles and the League of Nations, although the league was not popular with Republicans.  Despite his best efforts, congress declined to recognize the treaty and the league.

In 1920, Dawes was appointed as the first U.S. budget director, reforming the budget process by requiring each government department not only to prepare a budget but to keep its spending within its forecast.  The unification of federal purchasing under Dawes is estimated to have saved the federal government nearly two billion dollars (in 1920s dollars) in the first year alone.  That was real money then.

The League of Nations in 1923 asked Dawes to head a committee to handle German reparations from WWI.  Says nobelprize.org: “The Dawes Report submitted in April, 1924, provided facts on Germany’s budget and resources, outlined measures needed to stabilize the currency, and suggested a schedule of payments on a sliding scale.  For his masterful handling of this crucial international problem, he was awarded the Nobel Peace Prize.”

Based on his work as budget director and the Dawes Plan, he was nominated for Vice President by Republicans in 1924.

Later, Dawes was napping when the senate voted on Coolidge’s attorney general nominee.  The vote was tied.  Before Dawes could get to the senate chambers to cast the deciding vote for the nominee, the only Democrat who had voted for the nominee changed his vote.  It was the first presidential nomination of a cabinet official rejected by the senate in 60 years.

This matter created a division between Dawes and Coolidge, and the remainder of Dawes’ term was uneventful.  Even though he was considered for nomination again as vice president in 1928 as Herbert Hoover’s running mate, Coolidge expressed his displeasure, and Dawes was not selected.

Dawes served as United States Ambassador to Great Britain for three years before returning to Illinois and to banking, serving as board chairman of City National Bank and Trust until his death in 1951.

Dawes’s legacy?  Great businessman, a brilliant and effective soldier and public servant, and the only sitting Vice President of the United States to be awarded the Nobel Peace Prize.