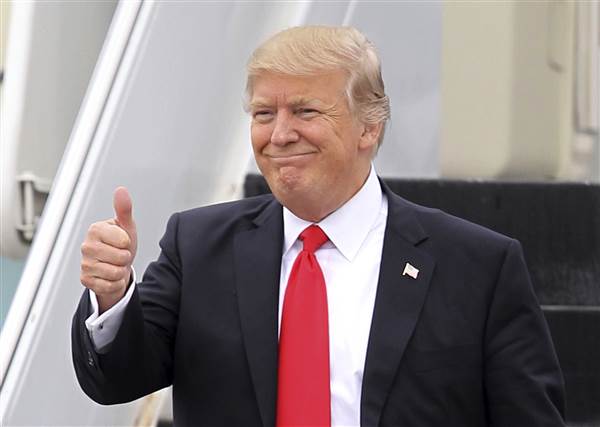 (The Associated Press) – China has granted preliminary approval for 38 new Trump trademarks, paving the way for President Donald Trump and his family to develop a host of branded businesses from hotels to insurance to bodyguard and escort services, public documents show.

Trump’s lawyers in China applied for the marks in April 2016, as Trump railed against China at campaign rallies, accusing it of currency manipulation and stealing U.S. jobs. Critics maintain that Trump’s swelling portfolio of China trademarks raises serious conflict of interest questions.

If no one objects, they will be formally registered after 90 days. All but three are in the president’s own name. China already registered one trademark to the president, for Trump-branded construction services, on Feb. 14.

If President Trump receives any special treatment in securing trademark rights, it would violate the U.S. Constitution, which bans public servants from accepting anything of value from foreign governments unless approved by Congress, ethics lawyers from across the political spectrum say. Concerns about potential conflicts of interest are particularly sharp in China, where the courts and bureaucracy are designed to reflect the will of the ruling Communist Party.