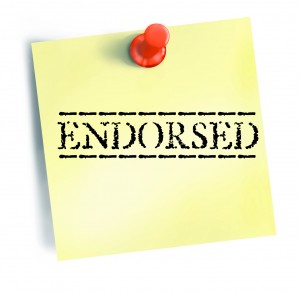 In addition to weighing the conservative bona fides of the candidates and their triple “bilities” – credibility, viability and believability – we also implemented a litmus test this cycle: No endorsement unless the candidate has signed the Taxpayer Protection Pledge.

1.)  If they won’t sign the Pledge, history has shown they are FAR more likely to vote to raise our taxes, and…

2.)  If they can’t get the tax hike issue correct, they are FAR more likely to get a bunch of other issues wrong, as well.

Such as how Assemblyman Randy “Kirner Tax” Kirner (District 26) blew the “parent trigger” bill in the 2013 legislative session – the only legitimate education reform bill that would have made a real difference in our kids’ educations and actually had a shot to pass.

Thanks for nothing, Randall.

That said, some other things to consider about these endorsements:

But for us, it’s not just about winning and losing.  It’s about moving the ball forward and advancing our strongly held belief that the best government is the least government.  And as we’ve seen in legislative session after legislative session, Republicans don’t do that by nominating “Democrat-lite” candidates.

On the other hand, we are perfectly grounded in the reality that “majorities get to lead.”  As such, we generally embrace the strategic notion that the GOP should nominate the most conservative candidate who can win in the general election.

With that in mind, and in looking at the voter registration figures and estimated turnout for 2014, all of our endorsed candidates below would be competitive in the general election.  In only one case – the Senate District 20 seat – could the argument be made that the conservative candidate would have a tougher time holding the seat than the incumbent.

However, in Senate District 20 the incumbent is Sen. Moderate Mike Roberson.  And Roberson, as regular readers know, broke his word and betrayed the very conservatives who helped him get elected in 2010.

The reality is that Roberson is all about Roberson and only Roberson.  He’s all about the power and the ego gratification.  In my opinion, he’ll lie, cheat and steal to hold onto the power he’s accrued to himself and doesn’t give a damn about the conservative movement, the Republican Party or even his very constituents.

Someone so bereft of character and honor is of no value to conservatives or Republicans, even if it means gaining the majority in the upper house.  If Roberson was willing to sell us out as minority leader – and he sure as Hades did! – he’d surely sell us out as majority leader.

The conservative movement and the GOP gain NOTHING from his continuation in office.

So even if Republicans fail to hold the seat in the general if Roberson is defeated in the primary – it’d be worth it in the long term to rid ourselves of such a cravenly unprincipled Republican.  Many will disagree with that assessment.  Fine.  Vote for him.  Support him.  Help re-elect him.  And then be prepared for another one of my patented “I told you so’s” next legislative session.

OK, enough of that.  Back to the endorsements.

Again, the odds are stacked against every one of these conservatives other than Hambrick and Fiore.  The amount of money poured into the campaigns of their go-along-to-get-along, wishy-washy, stand-for-nothing-fall-for-anything moderate establishment hand puppet and lap dog opponents is staggering.

Over $1 million to beat conservative Sue Lowden – clearly the most qualified candidate for the office of lieutenant governor?  Really?

The fact is Gov. Brian Sandoval, Senate Minority Leader Roberson and Assembly Minority Leader Pat Hickey have raised a ton of money and recruited a bevy of do-as-you’re-told candidates to either keep conservatives out of our state government or, in the case of Assemblyman Jim Wheeler, to kick a solid conservative out of government.

That’s fine.  That’s the way the game’s played.  They have all the cards.  We need to pull an inside straight flush.  So they’ll definitely win more than they’ll lose…and will maybe even run the table.

The ONLY reason there are so many viable, credible and believable challengers in the 2014 election cycle – a record in modern Nevada politics – is because conservatives are fed up with Republicans voting like Democrats in Carson City.  Conservative are mad as hell and they’re not going to take it anymore.

And a record number have stepped forward – like Lowden – to give GOP primary voters a choice, not an establishment echo.

That alone is a moral victory for the conservative movement in Nevada. The establishment Gumbies, after this election cycle, will have to think twice – and maybe three or four times – before they again vote to again extend the “sunsets” or any other tax hikes in 2015.  Or grow government.  Or increase spending.  Or trample on our constitutional rights.

And while this time around the establishment candidates were able to swamp our conservative challengers in the money game, don’t be so sure that advantage will be there again in 2016.

Again, most of the following conservative challengers are likely to come up short on primary Election Day.  Maybe not. Maybe a miracle will happen. But probably.

But this is just round one of a 12-round bout.  We conservatives are here for the long haul – and many of us will still be around and active after many of the establishment types who will “win” on June 10th are long gone.

So Governor, Senator and Assemblyman – savor your victories you “bought” month while you can.  Because this is just the beginning, not the end.  As the late, great Sen. John “Bluto” Blutarsky famously put it, “Nothing is over until WE say it is.”

And with that, I give you Citizen Outreach PAC’s 2014 endorsements…

The odds may not be in your favor. But we conservatives are in your corner!