Clinton acceptance speech showed the right concerns about American worker maladies . . . but her immigration prescription would prolong the illness 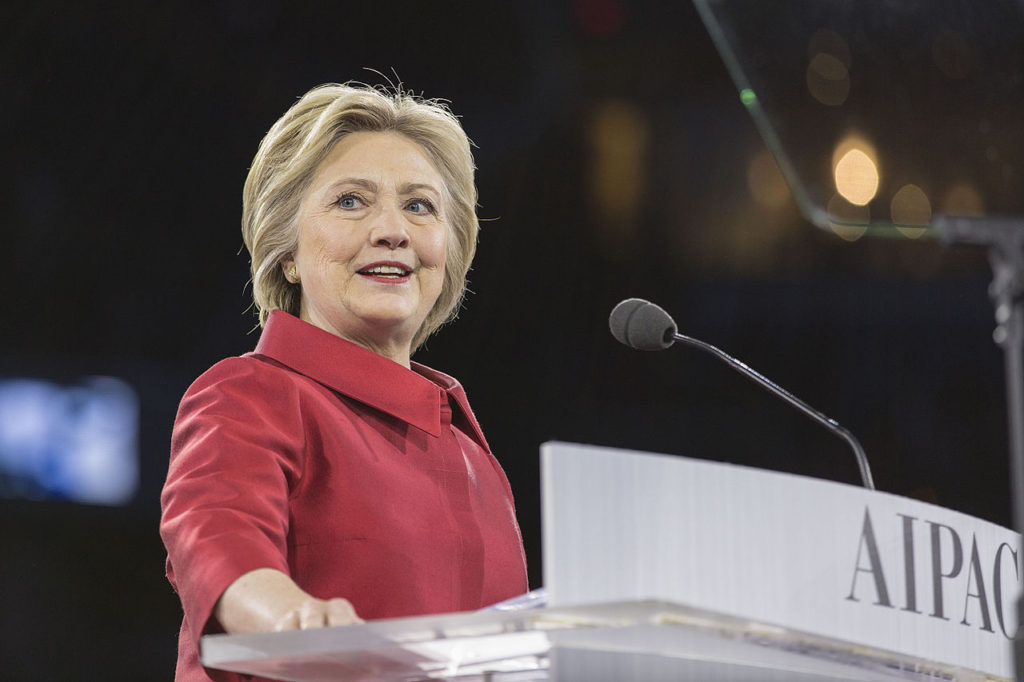 (ROY BECK, NumbersUSA) In her acceptance speech last night, Hillary Clinton laid out several of the most important reasons why I work to dramatically reduce overall immigration:

“Too many people haven’t had a pay raise since the crash.

“There’s too much inequality.

“Americans are willing to work — and work hard. But right now, an awful lot of people feel there is less and less respect for the work they do.

“My primary mission as President will be to create more opportunity and more good jobs with rising wages right here in the United States… From my first day in office to my last.”

Classic economic historians would note that Clinton was describing the symptoms of a loose labor market. Throughout America’s history, the presence of large worker surpluses has been accompanied by depressed wages, rising income inequality and less social mobility, including a devaluing of those who do the “lower” jobs.

A prerequisite for improving worker conditions in our nation’s history has been a tightening of the labor supply. But Clinton proposed the opposite.

“Comprehensive immigration reform will grow our economy and keep families together — and it’s the right thing to do.”

She was careful to avoid describing what is actually in “comprehensive immigration reform” (CIR). Most voters probably know it is about an amnesty that would allow millions of visa-overstayers and illegal border crossers to remain legally in this country. But the mass media have largely refrained from informing the public that CIR is also about giving the unlawful foreign migrants lifetime work permits allowing employers to legally hire illegal aliens ahead of jobless Americans.

Even more important for preventing a needed tightening of the labor supply, all CIR bills have proposed massive increases in future legal immigration (with lifetime work permits) and temporary foreign guest worker programs.

I’m always on high alert when politicians talk about what immigration does for the “economy” and not for Americans. Does adding tens of millions of foreign workers to the country every decade grow the size of the economy? Yes, of course. But does it improve the lives of individual Americans?

The nation’s premier labor economist, George Borjas of Harvard, has long found that high immigration mainly benefits the immigrants themselves and also moves money out of the pockets of American workers into the pockets of the country’s more affluent.

Clinton bragged about the increase in jobs during the Obama Administration after the economic collapse of 2008. But around half of the growth in jobs went to foreign-born workers under the immigration policies that Obama continued from the Bush Administration. After nearly 16 years of the high-immigration policies of Bush and Obama, there are now 14 million more U.S.-born Americans NOT working than there were in the year 2000. Yet, Clinton pledges to accelerate the Bush-Obama immigration policies.

“I believe that when we have millions of hardworking immigrants contributing to our economy, it would be self-defeating and inhumane to kick them out.”

Nobody’s talking about kicking out “immigrants.” But it was clear Clinton was talking about illegal migrants. NumbersUSA has never advocated mass round-ups and mass deportations of illegal foreign workers. But moving every single illegal worker out of U.S. jobs would mean millions of non-employed Americans would have a job. That’s how you improve the incomes and social mobility of Americans at the bottom, if your goal is actually to help frustrated Americans rather than to give priority to citizens of other countries.

I was thrilled to hear Clinton avoid the claim that Americans are too soft to do hard jobs. Instead, she emphasized that Americans want to work and are willing to do hard work. Agreed. If employers are denied easy access to foreign labor and are forced to recruit and train from among their own fellow citizens, Americans will do almost every job being filled by an illegal worker. (I believe in the short term, we would still need legal temporary foreign ag workers, but they make up less than 5% of the foreign worker stream today.)

In her speech, she promised in her first 100 days to pass “the biggest investment in new, good-paying jobs since World War II.” But she and her running mate, Sen. Tim Kaine, have also promised in the first 100 days to open U.S. jobs to more foreign citizens than at any time in the entire history of the United States.

Clinton — like so many among the opinion elites of mass media, academe, religion and business — is willing to risk the economic livelihoods of millions of Americans on a reckless economic theory. The theory, that a country can solve its problems of labor surplus by adding more workers, is at odds with the reality of our nation’s history.

I was pleased that Clinton noted that the Constitution doesn’t give a President the power to act unilaterally:

“Remember: Our Founders fought a revolution and wrote a Constitution so America would never be a nation where one person had all the power.”

I wish that meant that Clinton will back out of her previous promises to unilaterally expand Obama’s executive amnesty efforts if Congress doesn’t pass comprehensive immigration reform. NumbersUSA does not endorse candidates or take positions on all the other issues that the presidential candidates may differ on. But whoever is the next President, we will continue our fight to persuade Congress to block reckless immigration policies that endanger the citizens of the country for the benefit of the elites.

And we will hold any occupant of the White House to the standard that we are not a nation in which one person has the power to issue masses of work permits through executive orders to allow foreign workers to be hired ahead of the citizens of our own nation.