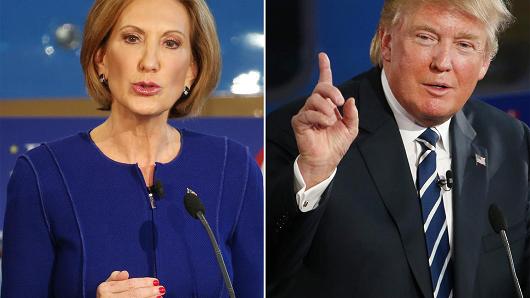 (Elizabeth Roemer, CNCB.com) – Arguably the most talked about presidential candidate in recent history, Donald Trump made another big splash in the media when he unveiled his proposed plan for tax reform in 2016. Like Trump himself, his tax plan is a lightning rod for supporters and critics alike, many of whom will likely get the opportunity to watch Trump defend and discuss his plan at the next Republican presidential debate on Oct. 28.

Just as Trump and the other Republican candidates departed California last month after participating in the second Republican primary debate in Simi Valley, many California-based businesses continue to leave home taking potential opportunities for new jobs and sustained economic growth with them to more tax-friendly states.

In fact, according to the findings from The Tax Foundation, California ranks 48th in its state business tax climate index. As a longtime California business owner, I understand all too well how outdated tax regulations impede economic success by stifling the long-term financial development of our state’s businesses.

The fact remains, however, that this very same problem continues to take place on a much larger scale every year with American companies fleeing overseas due to the U.S.’s outdated and illogical tax system. The solution to this problem is simple: Reform the tax code. Through comprehensive tax reform, Congress can modernize and simplify the current tax code while closing loopholes in the system, which would allow American businesses to prosper by increasing domestic innovation and job growth.