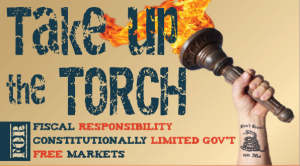 If Senate Minority Leader Moderate Mike Roberson is dethroned in his own GOP primary next June to conservative Carl Bunce, perhaps some wayward Republicans in the upper house – particularly Sens. Mark Hutchison, Greg Brower, Pete Goicoechea and Scott Hammond (forget Joe Hardy and Ben Kieckhefer; they’re hopeless RINOs) – will rediscover their “inner Reagans” and move back to the right, as well.

And even at the state level, if Republican Sue Lowden wins the lieutenant governor race…

And Republican Barbara Cegavske wins the secretary of state race…

And Republican Dan Schwartz wins the race for state treasurer…

And Republican Adam Laxalt gets in, as rumored, and wins the attorney general race (PLEASE!)…

But it’s at the state Assembly level that Nevada tea party and liberty movement conservatives are really starting to flex their political muscles and could have a ginormous impact at the ballot box next year depending on how some primaries go.

It also looks like Assemblyman Jim Wheeler has successfully weathered his recent “macaca” moment and is in position to hold onto his seat, as well. But even if he comes up short, his announced primary opponent, Robin Reedy, is also a pretty solid conservative. So that makes eight.

In Clark County, Assemblyman Cresent Hardy is running for Congress, and word on the street is that moderate Assemblywoman Melissa Woodbury will not run for re-election. Both are solid GOP seats that could and should go to solid conservative candidates. That would make twelve.

In District 22, the most liberal incumbent Republican assemblyman, Lynn Stewart, will face liberty movement leader Richard Bunce in the primary. That would make 13.

In District 29, it appears Amy Groves, a solid, pro-business conservative, will make a strong run in this very competitive swing district. That could make 14.

That would make 15…a solid conservative bloc which would have the power to stop any and all efforts to increase taxes, including yet another extension of those “temporary” sunsets that Gov. Sandoval loves so much.

Heck, with a conservative majority like that, maybe even establishment moderate Assemblyman Paul Anderson will rediscover his own “inner Reagan.” That’d be a “sweet 16.”

Of course, a lot of things will need to break the GOP’s way in November (hello, ObamaCare train wreck!) and Republicans will have to overcome their propensity for never blowing an opportunity to blow an opportunity. But the opportunities are definitely there for the taking.