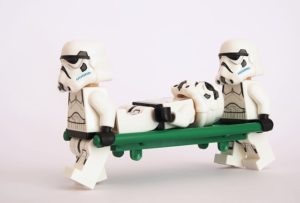 Health and Social Services (HSS) has been the fastest-growing category of state expenditures since Fiscal Year 2010 (FY10).  Nevada spent $5.5 billion on these services in FY17, up from $2.2 billion in FY06.

Much of this spending is financed through federal grants for Medicaid, food stamps and other welfare programs.  As Nevada spends money on these programs, it gets some reimbursement from the federal government.  However, the reimbursements do not compensate Nevada fully for all expenditures, and certain programs such as Medicaid require a matching state commitment.

At $3.55 billion, Medicaid is Nevada’s largest single expenditure – 64.6% of the HSS total.  Federal operating grants to Medicaid fluctuate annually according to a formula based on per capita income in each state.  States with lower incomes have a larger proportion of Medicaid costs reimbursed, but in no case does the federal reimbursement rate fall below 50 percent.

For 2017, Nevada’s reimbursement rate was 65 percent, up from 54 percent in 2006.  A prolonged decline in our per capita incomes relative to the nation’s drove this increase in federal Medicaid financing.

The long-term rise in Medicaid spending has been accented by a rapid escalation in recent years due to expansion of eligibility parameters.  Historically, states that elected to participate in Medicaid were required to cover only certain highly vulnerable populations, including the elderly, disabled and children living below the poverty level.  The federal Affordable Care Act of 2010 (ACA), however, encouraged states to expand eligibility rules to cover individuals with incomes up to 138 percent of the federal poverty level, including single, childless, working-age adults with no disabilities.

The ACA offered full reimbursement of eligible state expenditures for this expansion population through 2016.  Federal reimbursements then fell to 95 percent in 2017, continuing downward to 90 percent by 2020 and beyond.  It is uncertain whether these enhanced reimbursement rates will continue under a Republican congress and president, especially given the projections of increasing federal deficits.

In 2013, Gov. Brian Sandoval and Nevada lawmakers chose to expand Medicaid eligibility along ACA guidelines.  Since then, Nevada’s Medicaid enrollment has nearly doubled, growing from 350,234 at the beginning of 2014 to 666,131 in May 2017.  A portion of this increase is attributable to growth by 95,315 persons of the legacy population.

Although many of these individuals had been previously eligible for coverage, new federal tax penalties for failing to acquire health insurance prompted enrollment, which they had previously spurned.  This legacy population is subject to the standard federal reimbursement rate, while the 220,582 persons who enrolled as part of the expansion population get Nevada the enhanced rate.

Expanded availability of publicly funded health care benefits has occurred alongside a decline in rates of private insurance coverage and other private health spending.  In 2008, 68.6 percent of Nevadans held private insurance coverage.  That rate remained steady through the end of the Great Recession in 2009 but fell to just 61.5 percent by 2012 before rebounding partially to 64.5 percent in 2015.

One explanation is that the mandates included in the ACA led to the closure of many private insurance plans and temporarily left policyholders without coverage until some purchased new, ACA-compliant plans.  But the concurrent enrollment growth in Medicaid and other public health plans suggests that greater availability of these plans has displaced many consumers who previously could afford private insurance.  In 2015, 33.5 percent of Nevadans were enrolled in some form of public health plan, up from just 20.6 percent in 2008.

There is evidence suggesting that expanding Medicaid to additional populations does not improve health outcomes and only further endangers the most vulnerable populations.  Medical reviews reveal that outcomes are better for holders of private insurance policies than for beneficiaries of public health plans.

Policymakers have historically squeezed provider reimbursement rates as a cost-control method for Medicaid, while expanding Medicaid eligibility rules.  Hence, many health care providers refuse to accept Medicaid patients.  Thus we get growing demand for Medicaid services and a smaller supply of Medicaid providers.

So, some folks have Medicaid coverage but cannot get care.  Thus, the increased competition for care wrought by eligibility expansion harms the most vulnerable populations who were previously eligible and now face reduced access to care.