Could New Gun Laws Have Prevented The IHOP Shootings? 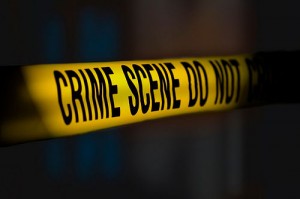 (Lori Piotrowski) – Tucking into a short stack of buckwheat pancakes will never hold the same appeal for many residents of Carson City after Tuesday morning’s shooting. What began as fun and friendship for IHOP’s clientele quickly became a living nightmare.

Unfortunately, people lost their lives when Eduardo Sension began shooting. Also, unfortunately, individuals who are trained in operating weapons were unable to do anything to stop him.

Yesterday afternoon, a wife of a member of the Nevada National Guard alerted us to the fact that the Guard is not permitted to carry weapons in their cars or trucks going to and from work. Did this restriction play a role in the outcome of yesterday’s rampage?

April Conway, from the Nevada National Guard Public Relations office explained the gun policy: “Guardsmen may carry weapons in their car, but they are not allowed to bring them on base. They would need to a place to drop off the weapon beforehand.”

Three guardsmen and women having a breakfast meeting and a civilian having a meal with her husband were killed in a spray of bullets: Maj. Heath Kelly, Sgt. 1st Class Miranda McElhiney, Sgt. 1st Class Christian Riege, and Florence Donovan-Gunderson. All of Nevada mourns these lives and hopes that the seven others who were injured regain their health.

Conway didn’t think so. She explained that every person who enlists receives basic training in first aid, use of chemical gear, handling weapons, and so on. After that, however, individuals separate into training for a particular job. Tank operators will not be trained as military police, and public relations officers won’t be trained in advanced weaponry.

“On a military base, only the military police or security force may carry weapons; however, when deployed, everyone may carry. This federal law defeats the purpose of a CCW permit because you cannot even keep a weapon in your car on base.”

He continued, “When off base, you may carry openly, or concealed if you have a permit, but military personnel may not carry while in uniform.” Two of the guardsmen were in uniform on Tuesday.

Would five National Guardsmen have been a match for a semi-automatic weapon-firing madman? Individually, probably not, but Duncan thought that with five armed people, it might be possible to “subdue” the gunman.

Duncan commented on the “cooling down” period when purchasing a gun, saying that the three-day period doesn’t apply outside of Clark County. Bob Irwin, owner of The Gun Store, elaborated on the “cooling” period: “It’s a three-day wait to pick up your first handgun, but subsequent purchases don’t require that wait.” The “cooling” period doesn’t apply to long guns, that is, guns with a barrel of 12-14 inches.

When asked about background checks, Irwin explained that during the “cooling down” period is when “we’re conducting the Brady Background Check.” The National Instant Criminal Background Check System (NICS) flags individuals who have criminal records.

What NICS doesn’t do, however, is alert the seller to individuals who may be mentally ill. “Only if they have been adjudicated by the court, that is, they have a court record of mental illness, will they appear in the FBI database,” said Irwin.

“Part of the problem,” Irwin continued, “is that the HIPAA (Health Insurance Portability and Accountability Act) laws require medical personnel to keep records private. Psychiatrists may feel that someone could be dangerous, but unless that person says he’s going to kill somebody, they cannot report it.”

How long will it take for legislators to understand that the current laws on gun purchase and ownership work against the public? Reports say that Sencion had a history of mental illness, according to his family, yet he was able to rain down mayhem on breakfasters with bullets from a semi-automatic?

Nevada gun laws need reform. When a man behaving crazy can carry weapons and the sane cannot, the inmates are running the asylum.