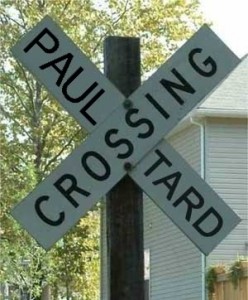 (Elicia Huffaker) – The Republicans who left the Clark County (NV) Republican Party since the Ron Paul takeover made a first attempt to take back control at the Sept. 19th meeting.

The Ron Paulites have been wreaking havoc on our party and disgraced us in the eyes of the RNC when they sent Reince Preibus a Rule 11 letter demanding him to resign for selecting the “presumptive nominee” as Mitt Romney. This takeover was what prompted the Romney campaign to bypass the CCRP for any election outreach and open up Team Romney.

The separation of Team Romney and CCRP was solidified at the Republican Convention when Paul ended up with 17 votes and Romney was at 5, even though Romney fairly earned 20 delegate votes in Nevada’s primary.

The Ron Paul coup of the CCRP was the result of years of stalling votes, manipulation of rules, and stacked attendance by Ron Paulites at committee meetings. Nothing was ever accomplished at Committee Meetings because of the chaos and disturbance they caused (similar tactics have been used by communist revolutionaries). The Paulites carefully orchestrated disorder within the party, turned traditional Republicans away from attending meetings, and took over in the vaccuum.

With the takeover in full swing and all of the real Republicans absent in favor of helping Team Romney and our presidential nominee, the Paulites took the opportunity to propose changes in the bylaws and elect new board members. In order to vote a member must be present for two meetings in a row, which made the Ron Paulers the only ones eligible to vote at this past meeting. Because their candidate didn’t have a chance.

Thanks to the genius and dedication of some key individuals active with fundraising for political candidates, the 60 plus organization, and the Republican Men’s Club, our own counter-revolution took place at the last meeting, and we were successfully able to postpone the agenda and the bylaw elections. Although they were able to get in their board members, this election will have legal repercussions and these elections will most likely be reversed.

The most significant of the complaints we stood on was the illegality of the elections. The party must have 10 days notice to elections, which we were not given. The i-contact email distribution was delayed for a day and many people including myself did not receive any notice at all.

Secondly, the notice was given for elections to be held on the 18th. If they did not want to ramrod an election, our request to adjourn the meeting in lieu of proper notice would have been approved by the chair, which it was not. We took a formal vote and the first count was 165 to 124. When we demanded a recount with assistant counters the vote switched to 150 to 130, still the nays to adjourn won out.

When I tried to contest the validity of the vote because I was given a wristband to vote, although I was a non-voting member, the sergeant of Arms disbanded me. My question, which was never resolved, was how many other people had a wristband to vote that shouldn’t. The volunteer that gave me mine told me she was instructed to give everyone a wristband when I asked what the wristband was for. This information should have thrown out the count immediately, but it was disregarded.

When our vote of adjournment failed, our strategy switched to stalling at all costs. with an hour to go before we were kicked out of the pavilion we had rented. The most legitimate complaint of the evening was the fact that at the last meeting before the presidential election, a time when we should be worried about getting out the vote and focusing on our Republican candidates, they were focused on Ron Paulers stacking the board and “Pelosi-ing” the bylaws without giving fair warning to membership.

The answer to this is obvious: the Ron Paulers in Clark County are doing everything they can to prevent a Mitt Romney presidency. They call themselves Republicans, but they will do nothing to help Romney get elected. To walk in the meeting that they controlled last night was utter disgrace. The video intro was a tribute to Ron Paul. The invocation was not an invocation at all; rather it was a namby-paby, lets all get along message with the statement “if there is a god.” Who are we invoking if there is no god?

The last piece of contention I’d like to share was an agenda item, which we fortunately did not get to. They scheduled a presentation by People Against NDAA, which is an indirect attack on Paul Ryan, who voted for this bill. It is considered a “must pass” bill and 97 other senators voted for it.

I’m not saying NDAA is a good bill, but puhlease…for it to be raised at the last meeting before the election as a point of order is ridiculous. Why are we not talking about getting out the vote? Everything else should be secondary to this one goal and purpose. Until we get our priorities straight the Republicans will fall over themselves and lose elections again and again.

As one friend suggested, it would have been better for us if Ron Paul ran on the Democrat ticket so that his followers would actually have an excuse for attacking Romney.

N&V StaffOctober 4, 2022
Read More
Scroll for more
Tap
140 Million Families Will Be Forced to Submit Obamacare Individual Mandate Compliance Forms to the IRS
Now We Know Whose Job Harry Reid Is Concerned About