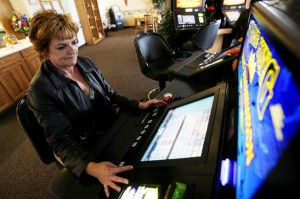 (Chuck Muth) – The Nevada Resort Association unveiled its new economic development slogan recently at the Clark County Commission. It goes like this: “Come to Nevada. Be successful. But not too successful.” Here’s the sad, sickening story….

About 15 years ago an out-of-state entrepreneur named Craig Estey considered bringing a new type of tavern to the Las Vegas area. The idea was to provide a more light-and-airy “at-home” feel for small, neighborhood establishments than what you find in the typical dark, sports-themed bars.

Gaming regulators at the time were not bowled over.

“I hope your concept works out,” Estey says then-Gaming Control Board Chairman Bill Bible told him back in 1995. “I’m personally a little skeptical. But you certainly have the opportunity to try.” Added then-Nevada Gaming Commission Chairman Bill Curran, “We wish you good luck. There is always room for somebody that has a better mousetrap.”

Defying the odds and despite the skepticism from all the “experts,” Dotty’s received its tavern license and not only survived its start-up phase, it prospered. Apparently there was a large, untapped pool of customers who preferred eating, drinking, smoking and gambling in a non-traditional tavern. As such, Dotty’s became an American small business success story.

In addition, the “better mousetrap” tavern chain began expanding and opening new locations. These, too, were successful.

Forced to choose, Dotty’s chose to do what Dotty’s customers preferred: smoking over eating. As such, they closed down their kitchens and continued to prosper and expand while many other old-style taverns were forced out of business, especially after The Great Recession hit in 2008.

Indeed, as other taverns closed, shopping centers were anxious for Dotty’s to come in and re-open the old-style taverns with “better mousetrap” taverns rather than have them sit vacant. All told, Dotty’s has grown to 64 locations statewide, employing over 500 Nevadans, since Bill Bible expressed his initial skepticism some 15 years ago…and was planning to open even more.

Which is when the 800-pound Nevada Resort Association (NRA) gorilla growled, “Enough!”

Big Gaming decided Little Dotty’s was getting too successful. They didn’t like the idea that local gaming customers in Nevada, particularly in the Las Vegas market, were opting for the competition, so it decided to squash the competition rather than, you know, compete with them.

As such, Big Gaming went to the Clark County Commission and persuaded its members to adopt changes to the tavern license requirements which would effectively kill the successful Dotty’s tavern model – you know, that “better mousetrap” model that Mr. Bible didn’t think would work and Mr. Curran said there was always room for.

Which the commissioners did at their April 5 meeting.

But the NRA wasn’t satisfied with simply swatting the Dotty’s gnat with a sledgehammer to keep the little guy from opening any new locations. No, no, no. They decided that the rule changes had to be applied retroactively, as well, which will force the company to complete some very expensive remodeling of all of its existing locations.

Politically speaking, Dotty’s has been screwed, blued and tattooed.

Now ask yourself the following: Why in the world, after seeing what the Clark County Commission, on behalf of the Nevada Resort Association, did to little Dotty’s would any small business owner in their right mind risk opening a new business or relocating to Nevada?

So much for economic development. Once again, government is the problem, not the solution.