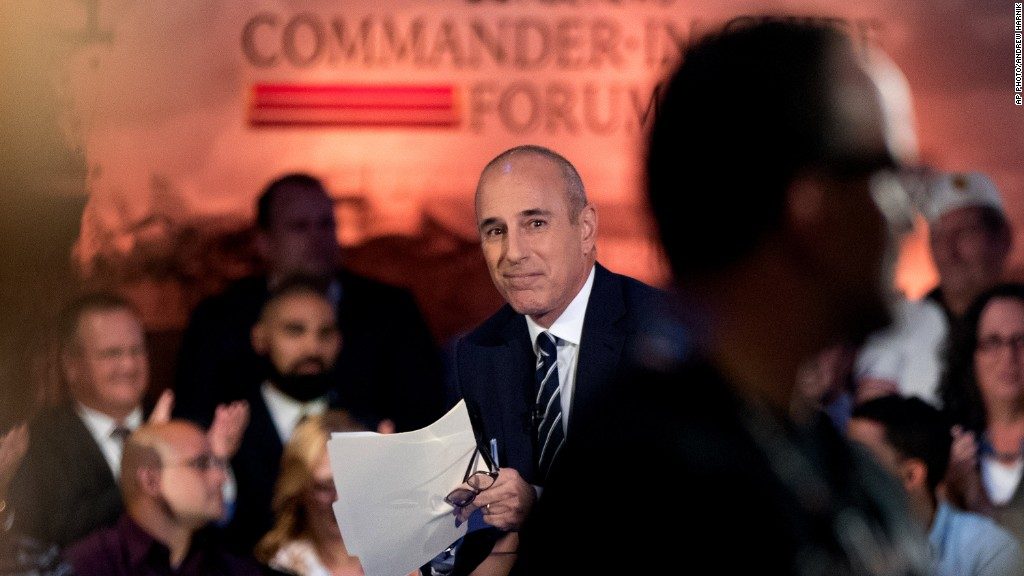 Lauer’s handling of the NBC News “Commander-In-Chief Forum” with Hillary Clinton and Donald Trump on Wednesday night was widely panned by journalists and pundits.

The “Today” show co-host was criticized for spending too much time on Clinton’s emails, lobbing softball questions to Trump, and neglecting to fact-check the Republican nominee when he falsely claimed to have opposed the Iraq War in 2002.

“Lauer has done great interviews. But that’s one of the weakest, least incisive performances I’ve seen from a presidential forum moderator,” tweeted Will Saletan, a writer at Slate.

Liberals and conservatives were split about Lauer’s decision to open his questioning of Clinton with the controversy over her private email server. But when the issue persisted ten minutes into the 30-minute segment, and he was later forced to tell Clinton to be “brief” on the subject of ISIS, he was slammed for dedicating so much time to the topic.

But the onslaught of criticism didn’t really begin until Lauer’s segment with Trump. Whereas Lauer had been aggressive in his questioning of Clinton, he seemed to repeatedly ask Trump open-ended questions that he easily ignored or evaded.

“I don’t blame Lauer for asking the email question. But it’s ABSURD that he started off with Trump, ‘Why should you be Commander-in-Chief?'” Jon Favreau, the former speechwriter for President Barack Obama, wrote on Twitter
Click here to continue reading