Cruz’s victory in Iowa was a win, even if it was an ugly win

Cruz’s victory in Iowa was a win, even if it was an ugly win
N&V Staff 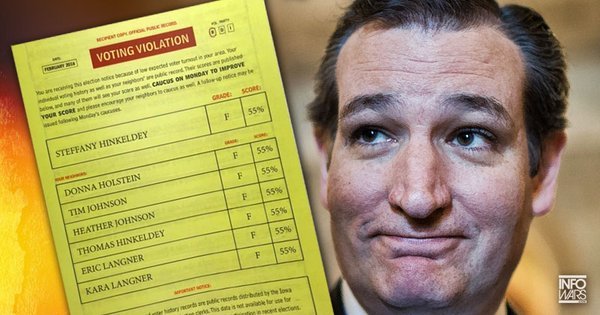 (Chuck Muth) – We now have our unofficial Final Four (for now):  Outsiders Donald Trump and Ben Carson and insiders Ted Cruz and Marco Rubio.  The fat lady has now begun clearing her throat.  Some post-caucus observations on the Iowa results…

Anybody surprised by Cruz’s victory doesn’t fully understand the unique nature of the Iowa caucus system – which rewards strong grassroots organization – or the socially conservative strain of voter that dominates the GOP primary electorate there.

So this win really isn’t all that big of a deal.  Still, a win is a win – and better to win than lose.  But here are two things to put the Iowa results in perspective…

Yes, a win is a win.  And Cruz won this one.  But winner-take-all primary states outside the “bible-belt” are gonna be much tougher crowds for Cruz as this process moves forward.

2.)  It is arguable that Cruz only won by playing “dirty politics.”

Cruz has admitted that he and some of his supporters falsely told caucus-goers just before the start of balloting that Ben Carson had dropped out of the race and urged Carson supporters to switch their votes to Cruz.

Disclaimer: I am a consultant to a PAC supporting Dr. Carson.

Many Carson supporters, like Cruz supporters, are more socially conservative and lean towards Cruz for their second choice.  So it’s not a stretch to believe Cruz’s margin of victory over Trump was due, at least in part, to his campaign’s intentional misleading of Carson supporters.

And then there was the “shaming” mailer.

The last-minute Cruz mailer was sent to historically “low turnout” voters.  It looked official, as though it had come from a government agency.  At the top was a big, bright red box with the words “VOTING VIOLATION” on it.

Underneath the mailer explained that voting history was a public record and threatened to expose voters who failed to vote in the caucus.  That surely scared the sheep-dip out of a lot of people thinking it was real rather than a campaign stunt.

“Lying about Ben Carson is a dirty trick,” attorney Geraldo Rivera said on FOX News.  “That is not a crime.  That’s a dirty trick. This (the mailer) is a crime.  I believe a case can be made that the Cruz campaign is guilty of the misdemeanor of falsely representing an official document.”

Still, a win is a win…even an ugly win.  But Karma can do strange things to a campaign.  And I feel a disturbance in the Force.

N&V StaffOctober 7, 2022
Read More
Scroll for more
Tap
The economic boom within our reach
Breaking and Entering at the Border has Consequences