Curt Schilling: 80 To 85 Percent Of Pro Athletes Are Conservative 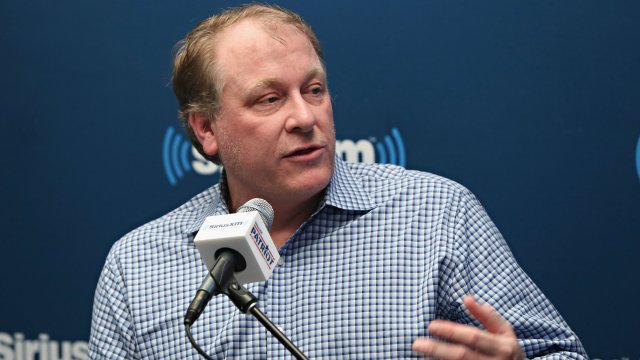 Schilling made the statement during an interview with Chris Stigall on Talk Radio 1210 WPHT, citing few athletes that expressed support for Hillary Clinton and are drawn to conservatism through the appreciation of hard work.

“Look around professional sports and look at how many athletes there are and look at how many have come out and spoke out in favor of Clinton or in favor of liberals. They are because it’s mainstream in the public eye to do that right now. All the rest are, for the most part, are conservative because you don’t come out and speak about stuff like that…It’s work ethic,” Schilling said. “To get where they go, to get where a professional athlete gets, you have to work your a** off your entire life. You understand and appreciate an incredibly hard day’s work that, hopefully, will pay off in the future.”

He addressed the end of his time working for ESPN, saying they were dishonest about the reason he was fired and defended comments he made while working there.

“What I care about is that they lie about it. ESPN fires me for, apparently, being intolerant because I was actually commenting around the fact men should use the men’s room and women should use women’s room. Apparently, that was enough, the straw that broke the camel’s back,” Schilling explained. “Then, they come out and act as if they are a tolerant group and they’ve gone full mental since then. They’ve gone way over the edge on the left, having a tribute to Obama after his last day in office, which gave me acid reflux.”

Schilling, who now hosts an internet radio show for the political site Breitbart, also discussed the surprise resignation of President Donald Trump’s National Security Adviser, Michael Flynn, not believing the affair rose the the level that would require removal from office.

“I’m incredibly disappointed about Gen. Flynn and what’s happened. I think that, in and of itself, it’s a bad sign organizationally,” Schilling said. “I’m disappointed that the team didn’t do a better job. I don’t think it’s an offense he should’ve resigned over. Politics is not a land of second opportunities unless you’re a liberal and you’ve committed a crime. Then everybody wants to feel sorry for you and make sure you get a second chance. That’s the only way you can explain Marion Barry or any of the frauds. It’s the only way you can explain Hillary Clinton.”