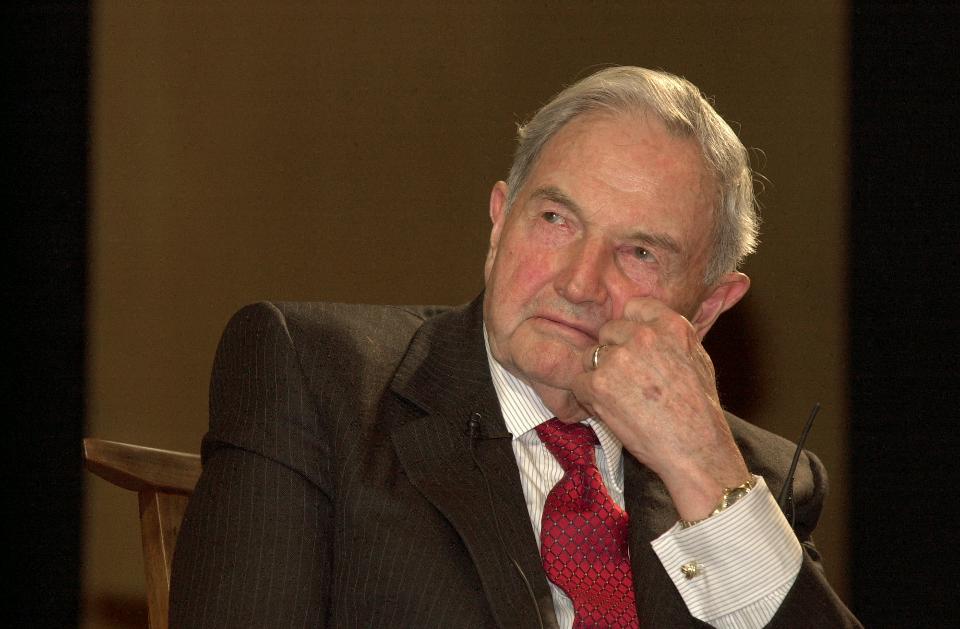 David Rockefeller listens to a lecture hosted by the Japan Society in New York City in May 2001. He passed away on Monday, March 20, 2017 at age 101. (Courtesy: Andrew Serban/Bloomberg News)

According to a family spokesperson, Rockefeller, the last remaining grandchild of America’s first billionaire, Standard Oil founder John D. Rockefeller, died peacefully at his family’s estate in Pocantico Hills, New York. The cause of death was congestive heart failure.

At the time of his death, Rockefeller was worth an estimated $3.3 billion, making him the planet’s 604th richest person, according to FORBES’ real-time billionaire rankings.

“David was an absolute joy,” the spokesperson said. “If he hadn’t been born a billionaire he still would have been the world’s nicest person.”