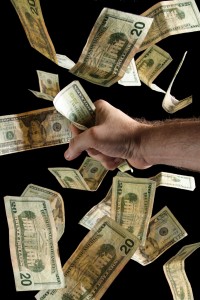 (Grover G. Norquist, Mike Needham, Phil Kerpen, Al Cardenas, Duane Parde and Daniel J. Mitchell) – The federal government is spending too much money. Our nation has made more than $63 trillion in unfunded promises, to be paid for by future generations. It poses an existential threat to America’s dynamic, pro-growth economy. The solution to this problem is to reduce federal spending.

This is a fairly straight-forward point – but one that is lost in our nation’s capital, where tough choices are avoided on a daily basis.

A mechanism for dealing with our nation’s fiscal problems was set-up this summer: the supercommittee. Some are now suggesting that instead of addressing the real problems our nation faces — by reducing government spending — the supercommittee should recommend tax increases to meet its deficit reduction targets.

Tax increases are what politicians always do when they are not willing to govern—that is, to cut and reform government spending. The problem, of course, is that tax hikes crowd out and displace spending reform.

In the 2010 midterm elections, Americans rose up in opposition to runaway spending and elected a majority in the House who were publicly committed to opposing any and all tax increases and determined to cut the deficit by reining in federal spending. This new majority is now being put to the test.

Advocates of the supercommittee raising taxes instead of reducing spending by $1.2 trillion over the next 10 years (their deficit reduction mandate) have put forward several unserious arguments.

First, they say, “let’s compromise.” Let’s be balanced, they insist, and promise to cut some spending and raise some taxes. Having pushed spending way up, they now want to pretend this spending is normal or, at least, inevitable. It isn’t.

The solution isn’t to pay for the spending with tax hikes, but to spend much less. Why should anyone be asked to pay more taxes just so Washington can continue to overspend? The tax hike crowd has no answer.

What’s more, there are good reasons to be wary – we’ve been down this road before. In 1982, President Ronald Reagan was promised three dollars of spending cuts for every dollar of tax hikes. The tax hikes were real. But spending — in real dollar terms — went up, not down.

In 1990, the same trick was played out — this time at the expense of President George H.W. Bush and the American people. A two-to-one promise brought higher taxes and higher spending. When tax hikes are on the table, the talk about spending cuts evaporates. Oddly enough, the tax hikes remain.

The second argument is: “We won’t raise tax rates – we will just reduce deductions and credits.” Nonsense. Closing tax loopholes is all well and good. But doing so to raise revenues is just as much a tax hike as raising tax rates.

The tax hike crowd is trying to confuse tax hikes with tax reform. In fact, closing tax loopholes to raise revenue is ultimately antithetical to tax reform — there would then be less revenue available to use to cut tax rates.

The third argument is that we must raise taxes to avoid sequestration if the supercommittee fails. This argument demonstrates how misguided it is to legislate in a climate of hysteria. Politicians should not acquiesce, out of fear, to bad public policy.

Taxes, domestic spending and defense spending should be debated on their merits. Members of Congress should do their jobs and set them each appropriately.

Any congressman who wants to keep his promise to voters to oppose tax increases; to fight for lower spending, and to keep the hope alive for meaningful tax reform in the future must vote “no” on any supercommittee deal that contains a tax increase.

This tells Washington that the only way to get our country back on track is to rein in out-of-control spending.