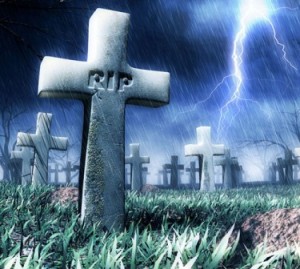 R.I.P. PAC ready to unleash “legions of folks” to put tax repeal on next year’s ballot

Acting for the concerned citizens of RIP Commerce Tax, Inc., Ron filed a referendum petition on that tax in October.  Tax-hike advocates brought a meritless law suit seeking to deny you a vote on it.  RIP filed its answer, and a hearing on the case will be held 9 AM Wednesday, December 2 at Carson City’s court house.  After defeating this suit, we’ll have legions of folks gathering signatures to put it to a vote next November.

This column summarizes the desperate arguments the plaintiffs made and our answers completely debunking them.

Their suit claims that the referendum, as filed, doesn’t address a law or part of one, as required, but only a legislative bill.  Perhaps their lawyers were absent when the film, “How a Bill Becomes a Law” was shown in ninth-grade civics class.

Our petition’s text was taken directly from Senate Bill 483, the omnibus tax package passed by both houses of the Legislature, enrolled and signed by the Governor.  Plaintiffs suggest that the signed bill is not law and so we must wait for a text of the law until legislative staff publishes the next edition of the statutes.

The text we used is exactly the law in effect since July 1 that creates the Commerce Tax. If it’s not literally the law, then the state has no legal basis to require anyone to pay this tax or others in SB483, as it’s already doing.  So, our petition truly seeks a referendum on part of a statute.

They also allege that our text addresses administrative details that aren’t legislative matters subject to referendum.  They cite definitions (“business,” “Taxable year,” etc.) and procedural provisions of the law, plus some court cases.  But they also repeatedly quote court decisions that the legislative power of the people is “coequal, coextensive and concurrent with that of the Legislature.”

The referendum definitions and other details are inherently legislative matters. Calling them “administrative” doesn’t change that.  If they aren’t legislative, then the Legislature didn’t have the power to include them in SB483.  And since the Legislature’s power exactly equals the people’s power in this matter, we have a right to vote on the whole Commerce Tax text.

Their complaint also challenges the required brief description of the effect of our referendum as being confusing and misleading.  Our description is conspicuously clear and accurate.  In accord with Nevada’s constitution, it says that a yes vote means the Commerce Tax is retained and can’t be changed except by future voter action.  A no vote means it is repealed.  Period.

Notably, they didn’t claim our referendum violates the single-subject rule.  It encompasses all Commerce Tax provisions and only those.

Finally, they claim that, by cutting state revenues, a Commerce Tax repeal would violate Nevada’s constitutional requirement for a balanced budget.  That challenge is untimely before the election because voters could approve the tax, meaning no reduction in revenues.

But assuming voters repeal it – as they defeated four-to-one last November a margins tax akin to it – there’s no problem.  Shortly after the repeal, the Governor will present his proposed budget to the next Legislature.  Commerce Tax revenues will already have been collected for the current biennium, so legislators will merely have to balance the next budget, per usual.

Arguably, their suit seeks to enlist Nevada’s judiciary in their ongoing crusade to keep the people from ever voting on taxes.  In 2003, many of these folks conned six Nevada justices into making a political decision supporting the then-proposed Gross Receipts Tax.  That led to voter rejection or retirement of all six of them.  Later, the Supreme Court overturned its legendarily awful decision.

We doubt a Nevada judge or justice today would make a similarly bad decision.