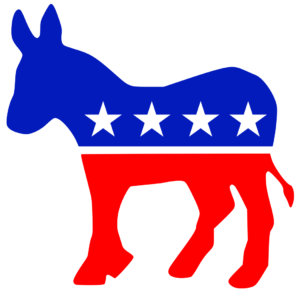 If Joe Kennedy III is the great white hope of the Democrat party, his great uncle, John Fitzgerald Kennedy must be turning over in his grave.

Joey three sticks gave the “official” response to President Trump’s State of the Union address and, frankly, said the same old leftist crap which lost Hillary Clinton the election.  Apparently, nobody has ever taken him aside and explained to him that a lot of Americans do not live in Barney Frank’s old district and could care less about the same old, tired themes, the same old tired identity politics which constitute most of the Washington D.C. swamp that the President is busy draining.

And, President Trump laid the wood to the Democrats in his speech by merely offering up a compromise—say on immigration—and then staring at them while they sat on their hands, looked stupid while everyone else applauded.

The fact is Trump Derangement Syndrome was palpable on the Democrat side of the aisle.

He mentioned that black unemployment was at its lowest in years and members of the Congressional Black Caucus sat there, stone faced in their African kente cloth scarves and ties in some sort of a meaningless protest against something the President was alleged to have said in a meeting.

Now, if you can’t get off your dead butt once a year and applaud the fact that the people you are supposed to be representing are doing well, you, Sheila Jackson Lee, are a moron.

As far as DACA goes, Trump offered to make three times the number of people eligible than those who already applied and Crying Chuck Schumer sat there stone faced because Trump wants a wall as part of a deal.

They don’t want DACA—they want something, anything to run on this year.

Do these folks seriously believe that the American public isn’t on to this political crapola? Democrats are right up there with the media when it comes to having tin ears.

As many regular readers know, I travel excessively because we own and operate radio stations around the country.  I fly almost exclusively Southwest Airlines for two reasons.  One is that they go everywhere I go and two is that their customer base is a snapshot of America.

I get more market research done in the exit row aisle seat on a flight from Reno to Dallas than the Gallup poll.  People of all persuasions fly Southwest and most of them are not shy about their opinions.

I’m willing to bet that next week, I’ll hear exactly what a CBS poll said the morning after the speech—that 75% of Americans who tuned in liked the speech.  Only they won’t try and spin it like CBS did.  If CBS couldn’t escape the conclusion its poll drew, you can bet the real numbers are much better for the President.

More than anything, however, Washington-centric reporting by any media allows those in Washington and New York to remain delusional. When you see everything through the eyes of the people who inhabit the place President Trump famously labeled the “swamp” you have a hard time understanding middle America.  And, let me assure you, there are far more of us than them.  And many of them would like to pretend that we don’t exist.

Even the people on an ostensibly right leaning news outlet like Fox News Channel still don’t understand the disdain with which many folks in Dallas, Houston, Tulsa, Wichita and Peoria (to name a few places) hold Washington.

The news folks and politicians make their living in D.C. and they see it as the center of the universe.

A majority of American got a raise today (Feb 1) and most of them think it is in spite of Washington not because of it.  This President gets much higher marks for his efforts—as the CBS poll shows.

If the Democrats think Joe Kennedy is going to solve their problems, that he’s the future, good luck.

N&V StaffOctober 7, 2022
Read More
Scroll for more
Tap
It’s Only a Business Decision, Not Personal
Before Burning Steve Wynn at the Stake, Consider This…