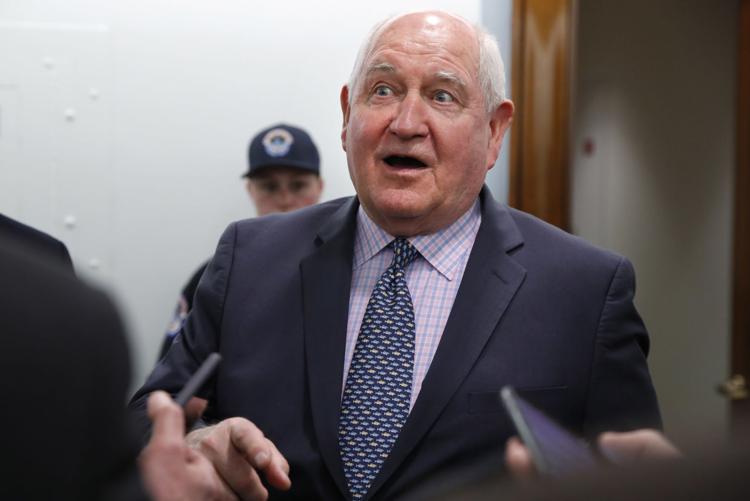 “Should this proposed rule take effect as written, hundreds of thousands of beneficiaries in our states would lose access to basic food assistance,” the letter sent to U.S. Department of Agriculture (USDA) Secretary Sonny Perdue said.

Nevada Gov. Steve Sisolak said in separate statement Wednesday that the rule changes proposed by the USDA would negatively affect 46,000 people in the state who receive SNAP benefits.

“If this rule takes effect, hundreds of thousands of beneficiaries across the United States, including 46,000 individuals right here in Nevada, would lose access to basic food assistance,” Sisolak said. “This is an absolutely unconscionable act that would have dire impacts on the most vulnerable populations in our state, especially those with disabilities, the elderly, and low-income children on free and reduced-price school meals.”

The USDA says the proposed rule change would close a loophole so participants who receive minimal benefits through Temporary Assistance for Needy Families (TANF) won’t be automatically eligible, as they had in the past.

“For too long, this loophole has been used to effectively bypass important eligibility guidelines. Too often, states have misused this flexibility without restraint,” Perdue said in a statement last month.

Last year, a millionaire Minnesota couple testified in front of a Minnesota House committee that they obtained about $6,000 in taxpayer-subsidized benefits over 19 months to expose a loophole in the system that allows those who don’t need the benefit to receive it anyway.

Closing the loophole would allow those who most need the benefit to receive it, the USDA said.

“As governors, we urge you to rescind this rule to preserve the flexibility needed to meet the food and nutrition needs of the low-income populations in our states,” the letter read.

Sisolak’s official also said the proposed rule change “would result in an approximate decrease of nearly $10 million per month for the Nevada economy.”

Polis’ office did not respond to a request for comment by the time of publishing.