Did Nevada’s Governor—Who Used To Be A Federal Judge—Even Bother To Read These Bills Before He Signed Them?

Did Nevada’s Governor—Who Used To Be A Federal Judge—Even Bother To Read These Bills Before He Signed Them?
Penny Press

We have a Governor in Nevada who was formerly a Federal Judge and before that the state’s Attorney General. 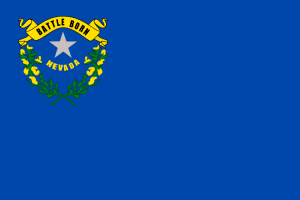 Yet, with all that legal education, in 2015 and 2017 Brian Sandoval signed the following bill(s) amending the previous law into the current law:

NRS 201.540  Sexual conduct between certain employees of school or volunteers at school and pupil: Penalty; exception.

1.  Except as otherwise provided in subsection 2, a person who:

(c) Engages in sexual conduct with a pupil who is 16 years of age or older, who has not received a high school diploma, a general educational development certificate or an equivalent document and:

(1) Who is or was enrolled in or attending the public school or private school at which the person is or was employed or volunteering; or

(2) With whom the person has had contact in the course of performing his or her duties as an employee or volunteer, is guilty of a category C felony and shall be punished as provided in NRS 193.130.

2.  The provisions of this section do not apply to a person who is married to the pupil at the time an act prohibited by this section is committed.

3.  The provisions of this section must not be construed to apply to sexual conduct between two pupils.

A thorough reading of the law would make a reasonable voter ask a) who wrote this and b) did the Governor bother to even read it before he scrawled his signature on it in either 2015 or 2017?

One of the most obvious provisions seems to be that if a 16 year old has a GED, sex with a teacher is OK.  That puts a whole new perspective on those public service announcements touting the benefits of a GED.  Or, as comedian Ron White puts it, “if you don’t know what GED stands for…you probably got one”.

This—among other problems with the law including the fat that the law continues to apply to a student forever no matter how many years elapse—comes up in light of a case in Elko County where a 41 year old 4th grade teacher has pled no contest to charges of having sex with students.  Sort of.

She didn’t have sex with her 4th graders.  She had sex with young men above the age of consent who interned in her classroom. From a local high school.  And she was NOT their teacher since the school principal gave the young men their grades.

But, the Elko County DA has asked for a four year minimum prison sentence.

For the record, the woman is no longer employed by the school nor licensed as a teacher.

Our question is more along the lines of wasting tax dollars and a law which is so poorly written that one wonders if anybody bothered to read it before it was made the law of the State of Nevada.

The net effect in this case is that a Judge in Elko County is going to be asked by the Elko County DA to put this woman in prison for a minimum of four years costing us, the taxpayers, somewhere between $64,000 and $140,000 depending on which bureaucrat you believe.

One hopes the Judge has more respect for the taxpayers than does the DA.

And one would also hope that our outgoing Governor—who is rumored to be on the shortlist for the top position in the Nevada system of Higher Education—would actually READ the law he has signed twice and issue a late signing memo listing the law’s deficiencies.