Do You Really Want Hillary Spending YOUR Money?

Do You Really Want Hillary Spending YOUR Money?
N&V Staff 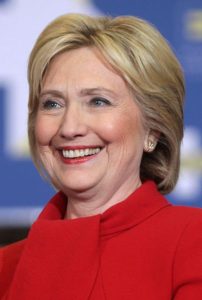 (Fred Weinberg, Penny Press) In case you are wondering what it is we are really voting this November:

This is NOT an election between Republicans and Democrats.

This is NOT an election between conservatives and liberals.

This is an election between people who have been feathering their nest for a very long time and people who made their money the old fashioned way—they earned it.

This is an election between people who have never held a real job (I won’t call that deplorable), who have never built or accomplished anything other than spending your money, often lavishly on themselves and people who have built many things, employed many people and are rich not because people gave them money for favors but because they earned it.

Somewhere, somehow, we have created a mythology that you have to be a very special person to be President.  This nation has about 330,000,000 citizens.  I’m willing to bet that we could draft way more than 10 per cent of those citizens and they could walk into the oval office and do a credible job.

Traditionally, people running for office hire an army of campaign consultants.  These are the people who told Hillary, as an example, that a TV spot talking about Republican phonies who won’t endorse her opponent will, somehow help her.

These are the people who want to make a big deal out of all kinds of things which mean nothing but allow them to make money off of Hillary’s campaign.

The Clinton campaign has hired hundreds of these folks because that’s what political campaigns do.

Not so much. In fact, almost not at all.

It’s probably indicative of the difference in the way your money would be handled should either candidate get elected.

Hillary believes that a certain amount of waste and fraud is not only inevitable and just part of the game.

Trump, on the other hand, is a businessman who knows that in a private sector business, fraud, waste and abuse come right out of your pocket so zero tolerance is a good thing.

And, of course, the mainstream media gleefully reports the differences between the numbers of paid campaign consultants and workers but never goes so far as to analyze the relative results and the return on investment.

How is it that Trump beat a field of 16 other talented Republicans in the primary spending a fraction of what Clinton did to defeat only one other serious candidate?

Do you think that has a bearing on how a President Trump might handle government spending on his watch?

Or, perhaps the better question; do you think that might have a bearing on how a President Clinton might handle government spending on her watch?

An even better question; why hasn’t the media asked this question?  Loudly and often.

The answer, of course, is that much of the media is in the tank for Clinton and simply doesn’t care.

But think about it:

When the Federal Government spends money on anything—anything—it’s NOT its money.  It’s YOUR money.  Money which has been forcibly removed from your paycheck before you even see it.

Would you rather trust someone who has never even had a real job to spend your money?

Or would you rather trust someone who has made a lot of money by running a business at a profit?