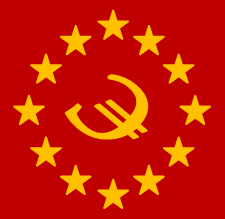 (Robert Romano, NetRightDaily.com) – Greece has now defaulted on a €1.5 billion payment due to the International Monetary Fund (IMF), becoming the first developed country to ever default to that institution.

But whether Greece will remain in the Eurozone is an open question that may be decided July 5 when the people there vote via referendum on whether to continue the European Union’s (EU) austerity program.

A yes vote would affirm the status quo — continued adherence to the EU-IMF program that has failed to turn things around after 5 years.

Consider the default to the IMF comes after a partial €100 billion default on some €355 billion of government debt in 2012. But it barely helped. Greek government debt once again stands at €323 billion, over 175 percent of the country’s Gross Domestic Product.

10-year treasuries are at 15.4 percent there. Short-term paper rates are even higher with 3-year treasuries over 22 percent. Unemployment is still over 25 percent, and the economy has been in recession for years now.

Now, faced with payments it cannot make, the government in Athens has shut down Greek banks to avert a bank run.

What exactly has the EU-IMF program accomplished — besides prolonging Greece’s pain?

Rejecting the Politeuro is precisely why the Syriza party led by Alexis Tsipras won election there in 2014. It represented a wholesale collapse of the two-party system that had endorsed the EU-IMF program. Syriza promised to fight it.

And now, finally, it will be put to a vote in Greece.

Should taxpayers make payments to its own state-run pension system, or make interest payments to faraway creditors in Brussels and Berlin with no end to the misery in sight?

How would you vote?

If it came to the U.S. government making interest payments to, say, China, or making Social Security payments that you depended on, what would you choose? Overwhelming public pressure would demand that the government take care of its own people before caving in to foreign creditors.

That is the choice now facing every Greek.

To vote to stay in the Eurozone — even if it means facing a debt the country cannot possibly repay — or to leave it, reinstate the drachma, and establish an independent central bank. Then, the debt could be repaid with drachmas, albeit at a significantly discounted exchange rate.

Considering how bad things are in Greece — how could they get much worse? — it is hard to imagine anything but an overwhelming rejection of the EU-IMF dictates by the Greek people on Sunday.

Meaning, just one day after the United States celebrates its Independence Day on July 4, the Greek people might be celebrating theirs.

A version of this column appears on NetRightDaily.com, a project of Americans for Limited Government. NetRightDaily.com, launched in August of 2008, offers liberty-minded thought on the federal government as well as the threats that exist to individual liberty at all levels of government.