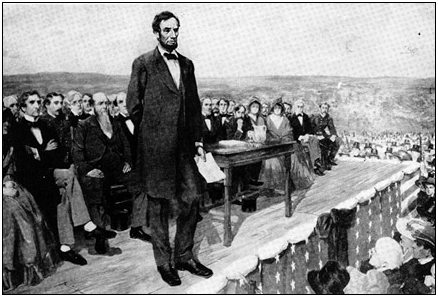 Believe it or not, we’re about to find out.

Last week, the Senate passed trade authority legislation that explicitly bars Malaysia from joining the Trans-Pacific Partnership trade deal due to their official U.S. State Department certification as human slave traffickers. According to a report from State, Malaysia is “a destination and, to a lesser extent, a source and transit country for men, women, and children subjected to forced labor and women and children subjected to sex trafficking.”

But that really messes up the Obama administration’s 12-nation trade deal since it would leave out a critical partner, and it may force the House of Representatives — led by Republicans desperate to get the deal on Obama’s desk— to strip out the anti-slavery provision, reports the Huffington Post.

“The slavery provision’s survival means that the House will either need to amend the bill and send it back to the Senate, which would cause a delay and complicate the House debate, or pass a bill and go to conference with the Senate, also causing a delay. It also potentially could be fixed in separate legislation otherwise moving through Congress,” wrote reporters Zach Carter, Ryan Grim, and Laura Barron-Lopez.

“Fixed”? Is that really the mindset that pervades on Capitol Hill about modifying legislation that, as of now, blocks any trade agreement with a country engaged in the international slave trade? That it is something that needs to be fixed? Because Congress apparently really wants to promote trade with human slave traffickers?

Malaysian officials in just the past week have uncovered mass graves in the country’s northern forests on the border with Thailand full of scores of slave victims.

Yet, the slave death camps dated back as far as 2013. Why didn’t the Malaysian government crack down on it then? The government was condoning it at best. Think the sudden turnaround has anything to do with the ongoing trade deal or the anti-slavery provision?

Meanwhile, the State Department is touting cooperation between the U.S. and Malaysian government to find migrants and other trafficked slaves lost at sea using U.S. surveillance flights.

Undoubtedly, supporters of the trade deal will tout the discovery of the mass graves and the U.S.-Malaysian cooperation as ushering in some new era that was only made possible by the trade incentives of the agreement.

And what will happen after the trade deal is adopted? Everyone will go back to ignoring the slave trade? What a joke.

Which is why it is time for House Republicans, if nothing else, to affirm their party’s historic opposition to slavery — the reason the party was founded.

As Americans for Limited Government President Rick Manning noted in a statement, “Now the issue of slavery has been dumped in the laps of House Republicans, who must choose between their legacy as the party of Lincoln, the Emancipation Proclamation and the Thirteenth Amendment, and their corporate crony funders.”

Manning concluded, “There is simply no excuse for the party of Lincoln to gut provisions that bar Obama’s deal with a nation that his own administration has certified to be slave traders. This gives a whole new meaning to Obama’s ‘trade’ deal, and is just one additional reason why Congress should reject fast tracking the agreement.”

N&V StaffMarch 11, 2022
Read More
Scroll for more
Tap
I Love the Smell of Fossil Fuels in the Morning!
Nevada Supreme Court rules in favor of NPRI in case challenging CCSD’s lack of transparency