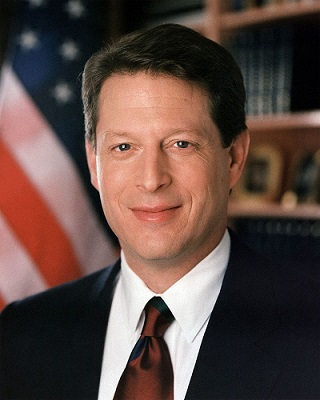 (Tal Kopan, CNN) – President-elect Donald Trump met on Monday with Al Gore — one of the most vocal advocates of fighting climate change.

Before the meeting, Trump spokesman Jason Miller told reporters on a daily briefing call that Gore would meet with Ivanka Trump, the President-elect’s daughter, about climate issues, but he did not know what specifically was on the agenda. He had also said the former Democratic vice president would not meet with Trump himself.

But Gore told reporters after the meeting that he met with Trump himself after seeing Ivanka.

“I had a lengthy and very productive session with the President-elect,” Gore said, according to the pool report. “It was a sincere search for areas of common ground. I had a meeting beforehand with Ivanka Trump. The bulk of the time was with the President-elect, Donald Trump. I found it an extremely interesting conversation, and to be continued, and I’m just going to leave it at that.”

Many Republicans are critical of the strong scientific consensus that human activities are exacerbating global climate change, potentially threatening millions of people and their ways of life. Gore has been one of the most outspoken advocates for raising awareness about the dangers of climate change since leaving the White House.