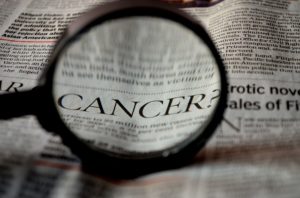 (FRED WEINBERG) – One of my best friends’ wife has a rare form of cancer.  Just diagnosed.

Another one of my best friends has another form of cancer.  Radiation is knocking the crap out of him.

Another one of my best friends died of pancreatic cancer a few years back.

In the immortal words of a certain Democrat running for his Presidential nomination in the clown show, “it’s a big effing deal”.

It is.  And that particular candidate, whatever his level of knowledge and competence is, says he wants to cure it as part of his campaign.

Now, in fairness, once you get into the first few minutes of the third period of life (isn’t everybody a hockey fan?), it’s not quite as big a deal as when you are in your 30s, but we live in a world where we simply do not expect a disease to eradicate us.  Our expectations are the other way around.

Back in 1991, Ervin “Magic” Johnson announced that he had tested positive for the HIV virus which is a precursor for AIDS.  Back then, I was running the basketball radio network for Oral Roberts University in addition to owning a group of Oklahoma radio stations.

I vividly remember some young players(several of whom have retired from the NBA now) asking the late coach, Ken Trickey,when they would find a cure for AIDS.

“When,” said one of the best coaches and human beings it has ever been my privilege to know, “the research money runs out.”

The truth is often unsettling.

When President John F. Kennedy launched us in a race to the moon, we, as a nation, got it done inside a decade.  There was little or no political pushback.  First, we were in a race with the Russians.  And, second, we had pure research being funded by the Federal government.  Finally, there was a specific goal.  To land astronauts on the moon and bring them back to Earth safely.

Over the years, we have not cured AIDS, but it is no longer a virtual death sentence.  For lack of a better term, we have contained it.  And Magic Johnson played a role.  So did George W. Bush, when he was President.  But the major reason is very hard-working scientists and researchers.  And 28 years.

One of the reasons that the Federal government can’t do a cancer moon shot today is that the elites in Washington have worked themselves into a position where nobody—literally nobody—trusts them anymore to do the right thing for the right reasons.

On one hand you have a President who has the support of what Hillary Clinton calls the deplorables.

And on the other, you have all of the Democrat clown show who hates the President and will do almost anything to deny him a crumb.

Frankly, if President Trump were to single-handedly cure cancer, on his own dime, the Democrats would accuse him of conspiring to overpopulate the Earth.

That said, most of what happens in Washington is designed to make some segment of voting America feel good.  The truth is that most of Congress is focused on first getting elected and then retaining power.  Life amongst the elite is pretty good—for them.

Going to the moon, made us—both the idiots in Washington as well as you and me—feel really good.  I remember exactly where I was when Neil Armstrong hopped off the step of the Eagle landing module onto the moon.  Even though I grew up in the town where penicillin was discovered, that discovery never galvanized the whole small city, much less the whole country although it was a great public good.

Sadly, the eradication of cancer will never have a big enough political effect to allow us to attack it the same way we got to the moon.

That said, it will happen—maybe even during this third period assuming no overtime.