#DumpRyan campaign could be next big GOP upset

#DumpRyan campaign could be next big GOP upset
N&V Staff 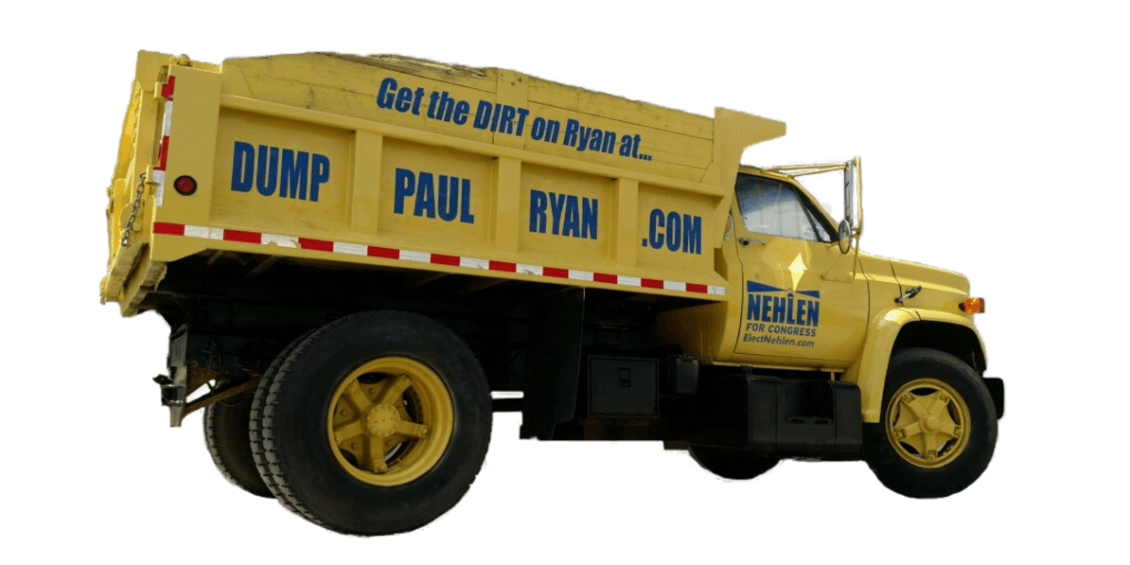 (Paul Nehlen) – I hope you didn’t miss this…

Coulter made the comments after noting how out of touch Ryan is with the GOP base and what is happening in our country. Then Coulter said this…

Did you hear that?

Coulter is the latest high-profile leader to predict that Paul Ryan will lose in his primary fight with me! This came just days after Sarah Palin endorsed me and then predicted that Ryan would be “Cantored” in the primary.

In fact, because of Ryan’s continued high-profile betrayal, our campaign to #DUMPRYAN has been featured in the national news nearly every day over the past week…

My friend, we have a plan in place to #DUMPRYAN. It can happen! We don’t need the millions of dollars that Ryan and his Establishment, D.C. beltway insiders have already raised. But I do need faithful friends like you helping right now.

Ann Coulter is predicting that Ryan will lose. Of course, the media elite are mocking her. But they laughed all the way until Election Day when Eric Cantor was defeated. And they didn’t see Donald Trump coming.

I am going to beat Paul Ryan. And it will be the biggest political story of this entire year!

(Mr. Nehlen is a Republican candidate for Congress in Wisconsin)