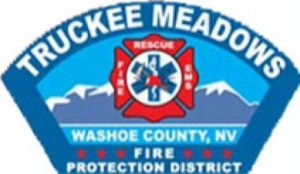 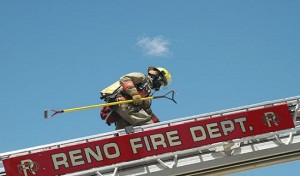 (Thomas G. Daly) – On February 27, 2012, Reno City Manager Andrew Clinger received the news that Washoe County’s Truckee Meadows Fire Protection District (TMFPD) Board of Fire Commissioners would not reverse their June 2011 decision to end their manpower-for-hire contract, the ‘First Amended Interlocal Agreement for Fire Services’ (the ‘Interlocal’) as of June 30, 2012. Under that Agreement, the City of Reno firefighters staffed six TMFPD fire stations but the TMFPD remained the fire taxing authority, owner and provider of capital equipment and stations, as well as the governing body for the District. There had been no consolidation of the two fire service agencies.

For the TMFPD, that manpower contract had become unsustainable financially given the severe recession and loss of tax revenues in northern Nevada and the Reno firefighters’ union refusal to waiver from its staffing agreement. The District would become bankrupt with three years had the contract continued, according to its financial analyst.

The Interlocal’s termination would impact Reno’s ability to provide services to the City itself as the TMFPD had been paying 28% of the overall City budget for the Reno Fire Department (RFD). Reno had for some time annexed County areas into the city for their tax revenue, but failed to provide for basic services there, such as fire stations. The recession had also affected the City. Already Clinger had ordered a hiring freeze and ‘no overtime except in emergencies’ policy resulting in the ‘brownout’ (temporary closure) of several City fire stations each day. Mayor Cashell was apoplectic over the Interlocal’s termination.

Clinger had prepared for such an eventuality by applying for a 2nd Staffing for Adequate Fire & Emergency Response (SAFER) grant from the Federal Emergency Management Agency (FEMA) which would provide a two-year reprieve by funding 64 firefighter positions for the City. Even getting that second grant however, would not prevent brownouts from returning in March 2013.

With foreknowledge of that grant being favorably received by FEMA, the Mayor and City Council (Aiazzi absent) voted 6-0 on 3.14.2012 to terminate the decades old and unrelated automatic and mutual aid agreement (‘1991 Emergency Aid Agreement’) with TMFPD. No reason was given for terminating this agreement. In reality, it was pure spite for the District daring to stand up its own affordable fire department.

City Manager Clinger notified Katy Simon, then the Washoe County Manager, by letter the next day, of the decision, despite the new SAFER grant’s specific terms which required the City to ‘improve automatic aid with Washoe County’.

The City’s decision also flew in the face of the realities of fires in the City and Truckee Meadows. The July 2009 Alexander Apartments fire in south Reno destroyed 22 of 36 buildings under construction in that complex and thus showed, conclusively, that RFD could not handle a large scale fire without help as both the Sierra Fire Protection District (SFPD) and TMFPD had to send units to assist RFD, as the City had no fire stations in south Reno. The November 2011 Caughlin Ranch fire, largely in the City, destroyed 28 homes, damaged 15 more and resulted in one death as it was beyond the RFD’s capability to control and its closest station to that fire was closed that night.

Clinger’s March 15, 2012 letter to the then County Manager Simon gave only 30-day notice of the automatic aid termination and was issued prior to the Truckee Meadows Fire Department being re-constituted on July 1, 2012 and before a new Fire Chief was hired for the District.

The now joined TMFPD/SFPD Board of Fire Commissioners made two offers in September and December 2012 to reinstitute an automatic aid agreement, but both offers were declined by the City. They also rushed to renovate and staff an old reserved fire station in Hidden Valley to serve that ‘island’ of TMFPD land otherwise surrounded by the City. That station became operational in August 2012 at a cost of some $2.5 million to District taxpayers.

Death and destruction would be the result of the City’s petulance but that outcome would not come to fruition until the Fall of 2013.

In October of 2013, a patron of the Boomtown casino suffered a heart attack. The casino staff immediately called the REMSA hotline for help and began CPR. REMSA dispatched their ambulance and transferred the call to Reno ECOMM as the casino is in the City’s far west suburbs and there is a two-tiered (fire and REMSA) response protocol for EMS calls.

The casino staff also called TMFPD station #35 which is directly across I-80 from the casino on Boomtown property and the staff there included a paramedic. They were told that Reno fire would need to request their dispatch as there was no automatic aid agreement in place. Reno ECOMM instead dispatched their closest unit with an EMT, not a paramedic, as RFD does not use paramedics.

RFD#19, the closest station to Boomtown was closed (‘browned out’) that day. RFD#11 Mae Anne, next closest, was engaged, so RFD#8 Kings Row was dispatched. While en route, RFD#8 was cancelled as RFD#11 cleared their engagement and responded. Both REMSA and the engine from RFD#11 took more than ten minutes to arrive and even longer to actually reach the patient within the casino.

The casino patron died for lack of rapid intervention by a paramedic (eight minutes is the maximum per the American Heart Association guidelines). The RFD spokesperson interviewed by NEWS4 Reno was unapologetic suggesting that the ‘rules’ for cross-jurisdictional responses were more important than this victim’s life.

This casino patron was the first victim of the City’s decision to cancel automatic aid, but not its last.

At approximately 5pm on Saturday, November 30, 2013, a call was received for a structure fire at 5315 E. Hidden Valley Drive in the TMFPD. The first alarm response assignment for TMFPD at the time was for three engines and one Battalion fire Chief (BFC). TMFPD’s Hidden Valley rescue unit (two-person) did so immediately as did the TMFPD BFC. The three closest engines however did not.

RFD#6, some 3.2 miles away, did not respond as no automatic aid agreement existed between the two jurisdictions, the result of the City’s March 2012 decision. While at the time RFD#6 was on an EMS call, it cleared that call quickly and was otherwise available (and ultimately did respond later on mutual aid) as did RFD Truck 3 from their Moana station.

Sparks Station 3 located at 1750 E. Greg Street, the next closest engine, did not respond as the automatic aid agreement with the TMFPD is a ‘restricted (as to territory) agreement’ which excluded Hidden Valley.

The 3rd closest engine RFD#3 on Moana did not respond for the reasons stated for RFD#6.

TM#14 Damonte, the fourth closest station, some 8 miles away, was not in quarters as it was covering a drill at another station. TM#36 Arrowcreek and TM#15 Sun Valley did respond, but both are more than 10 miles away so their response times were long.

The home’s fuel load, the fire’s delay in being discovered and the fire’s ultimate access into the attic doomed the home and its destruction was only a matter of time. Despite the home being occupied there were no civilian fire injuries or fire deaths.

RFD#6 would have made the difference in the scope of the damage had they immediately dispatched under an automatic aid agreement. The destruction of the West’s residence was the second victim of the City’s decision to cancel automatic aid.

New Years’ Eve 2014 and New Year’s Day 2015, within less than two hours of that midnight event, further confirmed the results of the City’s decision.

At about 11pm on 12.31.2014, a structure fire in far off Wadsworth drew TM#37’s Hidden Valley’s engine (upgraded from a rescue), TM#14 Damonte’s engine and one firefighter on Tender #30 Bowers to fight that fire. Those units were engaged for several hours.

At approximately 1am on 1.1.2015, a call was received for a structure fire on Rhyolite Circle about a mile east of Rte. 395 and a mile south of Rte. 341 in the TMFPD, just outside of Reno’s southern city boundary.

TM#14 at 3.5 miles away would have been the closest unit to respond but was otherwise engaged as noted above. RFD #12 Steamboat Parkway was 3.8 miles away and was in quarters but was not dispatched, lacking an automatic aid agreement with TMFPD. TM#39 Galena Forest’s engine was tending to an automobile accident the entrance to the Montreux community on Mt. Rose Highway. TM#39 was 7.8 miles away and the first engine to arrive.

This time, the fire was more tragic. Not only was the home destroyed but an elderly disabled Army veteran, Pete Almeida, was not ambulatory and could not escape the fire’s ravages. His wife was injured but escaped.

Would the immediate dispatch of the close by RFD engine #12 have resulted in the rescue of Mr. Almeida? We will never know but what we do know is that RFD engine #12 was NOT dispatched and Mr. Almeida DID die.

This gentle soul and his home were the third and fourth victims of the City’s decision to cancel automatic aid.

In May of 2014, the TMFPD/SFPD Board Fire Commissioners made a 3rd offer of automatic aid to the City of Reno. The City Council on September 24, 2014, once again voted 6-0 (Zadra absent) to turn down the offer, despite the City’s daily closure of two of it fire stations and the likelihood of two more being closed come July 2015. The Districts’ offer was specific to assist Reno in those neighborhoods with closed City fire stations.

There is today a new Reno Mayor and new City Council members. They should perhaps ask themselves, how many more people must die and how many more homes must be burned to the ground before an automatic aid agreement is reached?

Thomas G. Daly is a fire protection consultant, a property owner in the City of Reno and a resident of the Sierra Fire Protection District.