E-Interview: Bob Beers Back In Politics 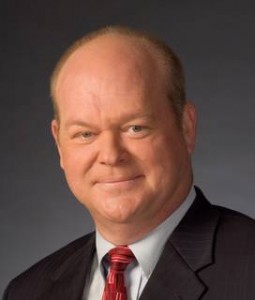 Nevada News & Views: You’ve been out of politics for a couple of years. What induced you to dive back in?

Beers: A couple of things came together.

1. I was a bit shell-shocked at the scope and volume of lies my opponent said about me during the 2008 campaign. Citizens think there’s some sort of “truth police” to hold candidates to true statements… there isn’t. The only remedy is to sue for defamation, which I did. It took two years to win a settlement. Once I had a letter from them admitting that they lied, I felt comfortable again in public.

2. I took on a huge professional project in 2009 that wasn’t tamed until about a year ago. So now I have time to devote to the job, if I am fortunate enough to be elected.

3. This opportunity (city council) does not require weeks upon weeks away from home, which is important to my personal life at this time.

4. The City of Las Vegas has arrived at a difficult time in its history, with looming demands on its treasury (the Mob Museum and the new City Hall) at a time when revenue is falling. My skill set is perfectly matched to the challenge.

NN&V: Should you win the election, you’ll still be a lone wolf on the Las Vegas City Council. How will you work with the Democrat-led council?

Beers: I was a member of the minority party during just over half of my legislative sessions, and have experience being effective in that situation.

NN&V: What would you like to accomplish on the council?

Beers: I would like to make the City of Las Vegas a friendlier place to do business than North Las Vegas, Henderson or Clark County. In addition, I would like to ensure that the City returns public safety to the top of the priority list.

NN&V: What do voters need to know about you that they don’t?

N&V StaffMarch 1, 2022
Read More
Scroll for more
Tap
Obama Plans to Lower Fuel Prices by Raising Cost of Oil?
They All Laughed at