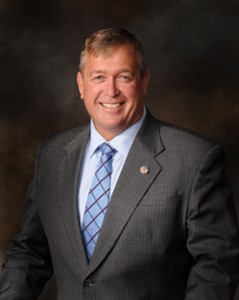 District 4 is Nevada’s newest Congressional district and was created as a result of the 2010 Census.  Located in the central portion of the state, it includes most of northern Clark County, parts of Douglas and Lyon counties, and all of Esmeralda, Lincoln, Mineral, Nye and White Pine counties. More than four-fifths of the district’s population lives in Clark County.

1. Why are you running for a Congressional seat?

I’m running for Congress because I want my children and grandchildren to have the same opportunities for success that I had. It’s not fair to saddle our future generations with a national debt of $17 trillion and counting.

Our “leaders” are failing to lead. We’ve seen what we get with extreme liberals like Obama, Reid, Pelosi and Horsford.  Washington is broken, the American people are fed up, and we deserve better.

When I see a problem I want to be part of the solution.  This country is going to wrong direction and I want to do my part to help get us back on track.  We need to govern within the limits of the Constitution as was intended by our founding fathers.

2. Give a brief summation of your professional and political background.

My commitment to public service in Nevada over the past 20 years is clear. I’ve served as the Mesquite Public Works Director, a member of the Virgin Valley Water District, as a member of the Mesquite City Council, and as a two-term Nevada State Assemblyman, currently serving as Assistant Minority Leader.

I’ve also been a long-time small business owner as a partner in a contracting and construction company that at one time employed over 300 people. I know first-hand how to create good jobs, make payroll, and meet a budget…experience that we desperately need more of in Washington.

I consider myself to be a strong Constitutional Conservative.

I believe that the Federal Government has a role in our lives, but that role should be limited.

Liberal Washington politicians have got to learn that the government must learn to live within its means. We must immediately balance the overly bloated federal budget, and actively work toward reducing our trade deficit.

As a long-time businessman, I have had to keep a sharp eye on the bottom line of my businesses to ensure that employees and vendors are paid on time. The government should operate by this same basic standard. We cannot spend money that we do not have!

The periodic raising of the nation’s debt ceiling is not a long-term solution. Government must provide for the essential responsibilities of national defense, maintenance of federal highways, preservation of Social Security, and welfare programs for our most needy citizens. Aside from these core responsibilities, most functions of government are more efficiently handled at the state and local levels.

4. If you win the Primary, you will be running against the incumbent Congressman in the General election.  He is well-backed financially.  Do you have sufficient financial resources to run a competitive Primary & General Election campaign?  Do you anticipate having to use your own money?  If so, to what degree?

Actually, Congressman Horsford’s fundraising totals have been unimpressive for an incumbent. In the 4th Quarter of 2013 my fundraising total nearly equaled that of Horsford. It’s also important to note that he has been spending the funds that he raises as soon as they come in, whereas my campaign is maintaining extremely low overhead. We are raising the funds that we need to win both the Primary and General Elections.

5. What makes you more qualified than your Primary opponent to serve in this position?

First: I’m a life-long Nevadan. I know the issues that are important to our state through and through. I’m not running for Congress because I need a job. I’m running because this country is on the wrong track.

Second: My 20 year record in public service proves that I don’t just talk about solutions – I get involved and do my best to make a difference.

Third: I have the background and life experience of being a business owner and a proven job creator. I’ve had to balance the books. I’ve signed both sides of a check. I know fiscal responsibility first-hand. I believe that this is all experience that will prove very useful in Congress.

The 4th Congressional District is one of the largest districts by geography in the nation. It’s very diverse, of course, between the areas of North Las Vegas and Douglas and Lyon counties, and all of Esmeralda, Lincoln, Mineral, Nye and White Pine counties.

None of these areas are foreign to me. My state assembly district includes both urban and rural areas. I’ve done well in the North Las Vegas area in my previous elections, and I expect to do so again. With North Las Vegas holding the vast majority of CD 4’s votes, I believe that this will be a big advantage.

There are a significant number of Hispanic voters in CD-4, as well as a considerable African American population. In my past elections I’ve shown that I have the ability to draw support from voters across the political spectrum, and I will do so again.

7. What do you see as the three most important issues related to your district?

8. It appears that millions of acres of Nevada lands are destined to have the sage grouse (among other species) listed as a protected species.  What is your position in regards to this issue?  Explain.

We can preserve and protect our environment, natural resources and threatened species without designating all of Nevada as a wilderness area. There is a middle ground between economic development and environmental protection.

Nevada, along with other western states, has been working diligently to institute policies that will protect the sage grouse and its habitat, without the federal designation of the grouse being an endangered species.

Related to this issue, Nevada must stand up to the federal government that still controls over 80% of OUR LAND through the BLM.

9. Define your position in regards to approving/voting against a proposed national budget.

When elected, I will be focused on the development of a federal budget that provides for essential services such as preserving a strong national defense and providing for our veterans without adding to our out of control deficit spending.

There is plenty of waste within the federal budget, and it’s only gotten worse under Obama, Reid, Pelosi and Horsford. I am committed to budget cuts, tax cuts and fiscal responsibility – period.

10. Define and explain your position in regards to Internet gaming.

As a member of the state legislature I voted for the legalization of online poker, and only poker. Any expansion of online gaming should be required to, once again, be passed by the legislature and signed into law by the governor.

I also want assurances from the administrators of any online gaming platforms that stringent security measures are in place to ensure that children have no access to the system. I’m concerned that an under-aged player could access a parent’s credit card and devastate an entire family.

I believe that online poker can be very positive for Nevada, provided that it’s implemented properly and with great care.

11. Define your position in regards to proposed military personnel cutbacks and cutbacks to the benefits of future enlistees.

Personnel cutbacks would be a decision that would be made by the Pentagon, and those folks certainly know much more about appropriate staffing levels that I do. My concern now, and when elected, will be to ensure that our military personnel levels are at all times sufficient to protect the interests of the United States, both here at home and abroad.

Benefits for future enlistees can be reviewed, but only once a comprehensive audit of all government expenditures is complete. And, the benefits of current and retired service men and women should never be compromised.

Unemployment benefits are a vital safety net for millions of Americans, and must be preserved. These funds are not an entitlement. Rather, they protect workers who need temporary assistance.

I support the temporary extension of employment benefits for those who are no longer eligible provided that the funds for such an extension are offset by equal budget cuts elsewhere.

13. Define your position on dealing with the illegal immigrants living in this country.

We must first secure our borders and enforce the laws that we already have on the books.

I do support Immigration Reform, and believe that it’s long overdue. However, I do not support the “Comprehensive” bill that came out of the U.S. Senate last year because it simply doesn’t do enough to strengthen border security.

I believe that providing an OPPORTUNITY to attain legal status to law-abiding, employed, undocumented immigrants is appropriate, provided that they meet specific criteria and pay any fines that are imposed. These individuals should not, however, be moved ahead of those who have come to this country legally and followed the rules in their pursuit of American citizenship.

14. Define your position on how this country should deal with protecting our borders from illegal immigration.

Ensuring that all laws that are already in place to combat illegal immigration are strictly enforced is the first step toward meaningful reform.

15. Define your position on the Affordable Care Act (Obamacare) and what you would attempt to do if elected.

Management of healthcare policy at the state level would help to mitigate fraud and abuse, while ensuring that each state develops programs that best suit the needs of their residents. A one-size-fits-all approach does not work on an issue as complex as healthcare coverage. Reform is needed. However, the ACA is far over-reaching, expensive, and detrimental to our fragile economy. When elected, and afforded the opportunity, I will vote for a complete repeal of this disastrous legislation.

16. Do you support the Nevada Republican Central Committee endorsing candidates prior to the Primary election?

I would be pleased to earn the endorsement of the Nevada Republican Party during this Primary Election. My understanding is that the NRP has not yet decided how such endorsement screenings would be conducted.

17. The Nevada Republican Party (as well as the Republican Party nationwide) is openly and contentiously divided between the very conservative ‘tea party’ element and more moderate Republicans.  Should this be a concern to future Republican successes at the ballot box?  If so, how can the differences be resolved at least to a point of not hindering success in the General election?

There is no question that factionalism within the GOP is hurting our chances in elections at all levels of government. If we’re the party of lower taxes, smaller government, state’s rights and individual freedom, as I believe that we are, it’s clear to me that a candidate with these beliefs has earned our support. I believe in these principles strongly, and support candidates who do as well.

These interviews are posted on Nevada News & Views (www.nevadanewsandviews.com) and/or NewsDesk by Nancy Dallas (www.ndbynd.com).  Reposting of any interview by interested parties must include the disclaimer the interview was originally posted in the above publications.  Questions or comments may be directed to Nancy Dallas at nancy@nancydallas.com or 775-847-0129.