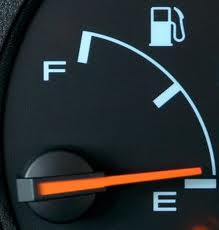 Today we will be talking with Dr. James Coyle the Director of Global Education at Chapman University about U.S. energy policy.

DM – According to the U.S. Energy Information Administration, the average cost to produce a barrel of oil is roughly $30. Why are we paying over $100 per barrel?

Dr. Coyle – It’s primarily a function of the market. The world has a demand for oil that exceeds the normal supply. This situation will not change in the years to come; the International Energy Agency estimates that China will consume the marginal additions to the world oil supplies for the next 20 years.

DM – In the first three months of this year, ExxonMobil made $11 billion in profits. Due to this, President Obama has stated that he wants to end tax subsidies for oil companies. How will this affect the price of gas?

Dr. Coyle – Oil and gas in the United States is produced and distributed by private companies. These companies have an obligation to give a fair return on investment to their stockholders. If the government ends tax subsidies to these companies, then company will increase the cost it charges the consumer so the value of the company does not suffer. Incidentally, these stockholders are not necessarily Wall Street fat cats: anyone in America with a pension plan, IRA, or 401 retirement plan probably owns stock in energy companies. Most people don’t realize that a call to reduce profits of the oil companies is a call to reduce the money paid to retirees, widows and widowers in their sunset years.

DM – Currently, where does the United States buy most of its oil from? What percentage of our money goes to countries that are opposed to U.S. interests?

Dr. Coyle – According to the U.S. Energy Information Administration, the top suppliers of oil to the United States are as follows:

It is difficult to answer the second part of your question, in that different countries oppose different interests of the US depending on which interest we are discussing. As an example, Russia opposes the US on a number of interests, but will work with the US on issues of mutual interest such as counterterrorism and counternarcotics. Russia opposes US plans to give Europe a semblance of energy independence, but allows US military supplies to transit Russia en route to our troops in Afghanistan. It is not reassuring, however, to find that our major suppliers include Saudi Arabia, Venezuela, Russia, Iraq, and Algeria.

Dr. Coyle – At current levels of US consumption, and the rising levels of Chinese consumption, many pundits are arguing that we will reach “peak oil” by 2015, meaning the total amount of oil produced worldwide will begin to decline after that point. Is there enough? I would make two points: as supply tightens the cost will go up. This will allow suppliers to reopen fields that are not economical at lower prices, but could be profitable at higher levels. This will increase the aggregate supply. In addition, as prices increase people turn to alternative energy sources: natural gas power, smaller automobiles, turning down thermostats, etc. According to Global Trends 2025, however, there will not be an alternative fuel source that can replace oil before 2030.

DM – Should the United States be concerned with Russia using its energy resources as a means to control its neighbors? How does that affect the world’s oil and natural gas market?

Dr. Coyle – Russia is pursuing an economic policy that is the signature of a developing country, rather than a developed one: it relies on the economic rents it receives from its sale of natural resources, rather than on profit from the sale of manufactured goods. Russia has an old saying that oil is for money, while natural gas is for politics. Russia has replaced Saudi Arabia as the number one producer of oil. To the extent that Russia needs oil revenues to maintain its status as a world power, it will continue to produce as much oil as possible for sale on the world market. This has the beneficial effects of meeting demand, lowering prices, and providing the world with a reliable non-OPEC oil supplier. The only problem is that Russian oil production will reach its own “peak oil” by 2025.

Natural gas is a different story. The Russians are attempting to monopolize the flow of natural gas to Europe in an effort to control the policies of our European allies. Europe seems intent on becoming more dependent on Russian energy, exposing them to the possibility of Russian supply interruptions in the dead of winter, as occurred in Ukraine in 2006 and 2009.

DM – What is your take on ‘drill baby drill’? Should the U.S. start pumping for oil wherever it can find it?

Dr. Coyle – Oil in the ground becomes more valuable every day. This will continue indefinitely as China consumes every drop it can find. Why should we use our oil now, when other countries are willing to sell us what we need? Shouldn’t we wait until the commodity is more valuable than ever before using it?

DM – Are we stuck with these gas prices? Is there any hope in sight?

Dr. Coyle – Yes, we are stuck with these higher gas prices. China adds 18,000 cars a day to its fleet. With that kind of demand, gas prices will continue to fluctuate, but each drop in prices will be slightly less than the previous increase. This will remain the trend until such time that the internal combustion engine is replaced by something else—and there is no viable replacement technology on the horizon.

(Mr. Mansdoerfer is the Director of Federal Affairs for Citizen Outreach and a recipient of the Liberty@Work Fellowship from the Charles G. Koch Foundation)