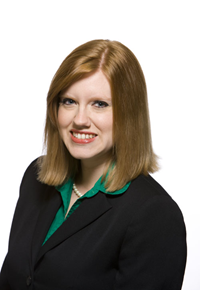 (David Mansdoerfer) – Today I will be talking with Lindsey Burke, Policy Analyst for the Heritage Foundation. Mrs. Burke is an expert on education policy and has been published by the National Review Online, The Star-Ledger and the Boston Herald.

DM – Can you talk about the current fight for school choice? What is the national outlook?

LB – The school choice landscape across the country is growing at an unprecedented rate! The proliferation of educational options for families in 2011 is unparalleled. In all, 12 states and the District of Columbia enacted or expanded school choice options this year, and I think we can expect to see this trend continue next year. School choice is the new normal. States across the country realize that children should not be assigned to a public school based on their parents’ zip code, and that assignment-by-zip code policies fail thousands of children every year by consigning them to schools that don’t meet their needs.

Economist Milton Friedman envisioned widespread school choice for families back in 1955, because he realized that just because society has agreed to the public financing of schools does not mean government should control schools. What we have had in the five decades that followed was a government public education monopoly and a one-size-fits-all approach to education. But finally, more than half a century later, Friedman’s vision is coming to life as one state after another enacts tuition tax credits, vouchers, education savings accounts and virtual education – among other options.

The chance for a quality education should not be reserved for families who can afford to pay local property taxes to support the public school system and who can pay private school tuition at the same time; every child should have the opportunity to attend a safe and effective school that meets their needs. The money spent on education should be portable and follow children to any school of their choice. When you create school choice options and allow for portability of funding, you create a robust marketplace of educational options, place necessary competitive pressure on the public school system to improve, and ensure every child has access to a quality school.

DM – Is there a state where school choice has been particularly successful?

LB – Florida has quite a robust school choice landscape: the Sunshine State offers charter schools, a state-led virtual school, vouchers for children with special needs and a large tuition tax credit program which allows corporations to receive tax credits for contributions to scholarship-granting organizations, which in turn provide vouchers to low-income children to attend a private school of their choice. Florida also offers public school choice for children assigned to underperforming public schools.

Arizona has enacted one of the most excited school choice options to date: Education Savings Accounts. Parents with special needs children can opt to remove their child from the public school system if it’s not meeting their needs and receive 90 percent of the money that the state would have spent on the child in the public system in their education savings account. Parents can then use that money to pay for private school tuition, private tutoring, online learning, or any other educational option that better meets the needs of their child. Parents can even roll that money over year-to-year, and can even save it to pay for college down the road.

Milwaukee, Wisconsin has the oldest school voucher program in the country (and more than 20,000 children participate), and the D.C. Opportunity Scholarship Program in Washington, D.C. has seen dramatic improvements in graduation rates for children who use a voucher to attend private school there.

DM – Currently, the Obama administration is trying to reauthorize No Child Left Behind. Will there be significant changes? What would you change about NCLB?

Instead of reauthorizing the failed NCLB, we need an entirely different approach. States should be allowed to completely opt-out of NCLB and spend their education dollars in a way that best meets students’ needs. At the same time, we need to begin cleaning up the programmatic maze at the Department of Education by eliminating ineffective and duplicative programs.

DM – Talk about Race to the Top. Will this grant help improve student test scores?

LB – No. Race to the Top is just one more attempt to improve outcomes from Washington. And Washington has a sorry track record when it comes to education reform. The Department of Education spends about $50 billion annually through well over 100 competitive and formula grant programs. Another $4 billion and a new competitive grant program isn’t the fundamental reform that is needed to affect widespread improvements throughout the country’s schools. We need to get funding in the hands of state and local leaders – not federal bureaucrats – and state leaders, for their part, need to ensure that families have robust school choice options.

DM – What should the benchmark for students be – test scores, educational outcomes, etc.?

LB – One of the most important measures of success is educational attainment in the form of graduation rates. Dr. Patrick Wolf of the University of Arkansas has done significant work in the area of academic attainment, and notes that “How far you go is more important than how much you know.” That graduating high school is more important than academic achievement levels. So I think that’s certainly one important benchmark. And to go back to the D.C. Opportunity Scholarship Program – children in the D.C. OSP who received a voucher and used it to attend private school had a 91 percent graduation rate compared to a control group of students who had a 70 percent graduation rate.

DM – In Nevada, we have had several school choice bills fail in the state legislature. Why would teacher unions, who are the main voice of opposition against school choice, lobby so hard against bills that will decrease class sizes and allow students to attend better schools?

LB – Education unions know that school choice poses a direct threat to their power. They know that when families have options, they might choose an option other than the unionized public school system, which ultimately could translate into fewer dues-paying members for the union. Once again, this is the unions looking out for the interests of the adults served by the government education system, not the best interests of the children.

LB – The importance of what transpired earlier this year in Wisconsin cannot be overstated. Governor Scott Walker worked to limit public sector collective bargaining by giving teachers a choice as to whether or not they join the union. Before the reforms were put into place by Governor Walker, if a teacher wanted to teach in Wisconsin’s public schools, they were required to join the union or pay union dues. And the dues were automatically deducted out of a teacher’s paycheck. That provided significant power and financial heft to the union to maintain the failed status quo. And the Wisconsin Education Association – the state affiliate of the National Education Association – used that power to lobby for more than 7,000 hours and to spend more than $1.5 million dollars against charter schools, school choice and virtual school, among other reforms. Breaking the union stranglehold frees teachers and helps other meaningful reforms take hold.

DM – Of the current school choice models, which one do you believe would be effective in Nevada? Should it be an all of the above approach?

LB – Nevada needs a robust school choice market. This should include online learning and an option that makes public education funding portable, either through a tuition tax credit program, vouchers or education savings accounts. Nevada could continue to lead the way on the education savings account front, like Arizona has done, to really maximize the options that families have to use their share of education funding. There is no reason Nevada can’t be on the forefront of the school choice movement. Taxpayers, parents and children will be the beneficiaries!