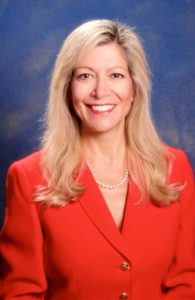 Assembly District 26 includes western Washoe County, from Incline Village to southwest Reno and Hidden Valley.  There are three candidates in this GOP primary race.  Randy Kirner and Robb Archie did not respond to this interview.

4.  What makes you more qualified to serve in this position than your opponent?

Because of my many years of studying the law and the Constitution, I understand what our Founding fathers intended for us. I do not need to learn on the job, I am already trained to understand the many Bills that will come before me as your Assemblywoman. I can read through the legal ease with no problem, because I was trained to read lengthy legal documents.

I am a conservative Republican.

6.  What do you see as the three most important issues related to your district?

• Smaller Government, not bigger Government; Less burdensome regulations and fees on our business owners. Businesses should be able to compete and thrive here in Nevada without excessive government intrusion. When businesses thrive, they create jobs for our neighbors.

• Taxes – The people do not want any more increases in their taxes. People want to keep more of their hard earned money. We cannot tax our way into prosperity.

7.  As a legislator, you are allowed to present a specific number of bills during the legislative session.  Do you have any specific bills in mind?

• Campus Carry – I want to bring a bill to help my brave friend Amanda Collins with a campus carry bill, enforcing our 2nd Amendment rights.

• Repeal the Nevada Revised Statute that allows circumvention of the Nevada Constitution by Legislators avoiding the 2/3 majority vote protection to increase their taxes, by sending Legislation to increase taxes to a 5 member county commission.  The Constitution is clear in that it designates the Legislature as the branch of government that shall tax and spend for the general welfare.  I opposed AB 46 and testified against Ab46 on the record at the Washoe County Commission hearings.

I signed the Taxpayer Protection Pledge and I oppose any further extensions of the Sunset Taxes.

9.  How would you address improving the performance of Nevada’s public schools?

I am opposed to this. I opposed AB 46 and testified against Ab46 on the record at the Washoe County Commission hearings. As your Assemblywoman I would bring a Bill to repeal the Nevada Revised Statute that allows circumvention of the Nevada Constitution by Legislators avoiding the 2/3 majority vote protection to increase people’s taxes, by sending Legislation to increase taxes to a 5 member county commission.

The Constitution is clear in that it designates the Legislature as the branch of government that shall tax and spend for the general welfare.

I oppose any increase in the minimum wage at this time. Jobs designated as entry level and minimum wage positions, were never intended to be life long careers for people, but rather a stepping stone to a future career.

13.  Do you believe the gaming and mining industries pay ‘their fair share’ in contributing to the state’s    economy?    Explain.

Nevada needs to regain control of its land held by the Federal Government. I favor Nevada regaining control over all or at least a portion of these lands.

We need to find a compromise between caring for the people that live in Nevada and caring for our environment.

Yes I support campus carry on college and university campuses.