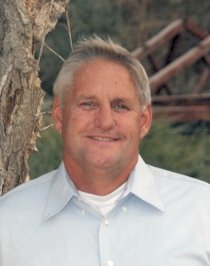 Assembly District 38 is an open seat, as the incumbent has been termed out, and includes all of Churchill County and portions of Lyon County – east of Dayton, north to Fernley and south to Smith Valley. It has a huge Republican voter registration majority.

Assembly District 38 consists of Churchill and Lyon Counties (less a portion in the Dayton area). Agriculture, warehousing, manufacturing, military and geothermal power are the main industries. The district is 60% Republican and there is no Democratic candidate.

I have gained a lot of knowledge as a businessperson and County Commissioner. I believe that this knowledge and experience will be valuable at the Nevada Legislature. As a leader in lobbying on behalf of NACO groups, we were successful in obtaining geothermal rents and royalties for 30 Western counties and full funding of PILT for 1850 counties. When I “Termed Out” as a County Commissioner, Churchill County was debt free.

I have vastly more leadership experience in governance.

I am a fiscal and Constitutional conservative who has a history of finding solutions to complex problems by working with people and building coalitions.

a) Federal intrusion into our lives in the areas of federally managed lands, health care and education.
b) Decreasing Nevada’s burden on business.
c) Crime and drugs.
d) Protecting Nevada water law.

Not at this time. I am currently gathering information and ideas from my prospective constituents and business leaders from around the state.

If they were supposed to sunset/go away, they should go away.

I favor more school choice and local control of our schools.

I was a member of the Gateways to Success Charter School Board of Directors and I have supported school choice for a long time. A properly structured voucher program should be implemented.

I have worked for years as a member and president of NACO to stop the unfunded mandates. I also oppose the “sweeping” of funds that are in local government accounts.

I oppose an increase in the minimum wage.

Yes they pay their fair share. We cannot attack business and expect business to flourish. The “Education Initiative” is hurting our recovery now. No smart businessperson will invest in Nevada while this tax is being proposed or fought over in the courts for years to come.

If the State can make money from state management, then I do not oppose state management. The $23 M in PILT revenues to local governments would have to be made up by the State. I believe that the non-patented lands are simply state lands that are being managed by the federal government.

I have no problem using marijuana for legitimate medical purposes. There should be stiff penalties for doctors that abuse the privilege as we do with the abuse of prescribed narcotics.

I oppose the listing of sage grouse as an endangered or threatened species. The Endangered Species Act is being abused by environmental zealots.

17. Define your position on fracking and other means of oil exploration in Nevada.

Fracking should only be used on a case by case basIs that takes into account all of the many variables such as geology, groundwater and water consumed/contaminated.

Do you support coal fired plants? I believe that nuclear power is a safer alternative. Maybe some day coal could become a clean alternative. The Pinion Pine Project (coal gasification) spent hundreds of millions of dollars and it was a bust.

I oppose the use of the Catalyst Fund and state tax abatements to pick winners and losers in the private sector. Local governments should be allowed to grant tax abatements since it is their money that the State is giving away. A less complicated tax system with less complicated oversight would do more to attract and retain businesses that create jobs and thus increase state revenues.

CCW permits are an infringement on our Constitutional right to keep and bare arms. Defenseless people become targets. I believe that with proper policies in place, schools and other public places would be safer if responsible people had the ability to carry firearms. Mental health is a bigger contributor to violent acts.

I will work to protect Nevada water law, make Nevada more business friendly and to provide opportunity for all of Nevada’s citizens.