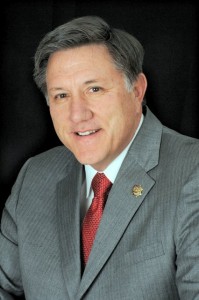 Assembly District 40 includes all of Carson City and portions of southern Washoe County. There are two candidates in this Primary race.

I have been a registered Republican and active voter for the past 42 years. I have worked in a funeral home while in college and then as a paramedic. I became a police officer with the City of Miami Florida Police Department in 1972. In 1980 I started work with the Nevada Division of Investigation with assignments in narcotics, major crimes, federal task forces, intelligence and administration. I served as the Investigation Division’s Administrative Deputy Chief before being transferred to the Department of Public Safety Records & Technology Division as Chief. I graduated form Sierra Nevada College with a Bachelors of Science degree in Business Management in 1985. I hold various Nevada Peace Officers and Standards certifications including Basic, Intermediate, Advance, Management and Executive. I have worked with the FBI as a Subject Matter Expert for the development of criminal justice proactive technology programs. After retirement from State service I founded Strategic Information Group doing consultant work for various entities on technology program evaluations, business performance evaluations, policy reviews and strategic planning.

Nevada Assembly District 40 is nested within Senate District 16 and includes approximately 65,000 thousand people. The greater majority of the citizens, roughly 55,000 live within the boundaries of Carson City. Over 80% of the population is considered white with the next largest ethnicity being Hispanic at 19%. The largest employer in the District is governmental services at 22% followed by retail at 12%. The District has a 13% registered Republican majority over Democrats, 45 to 32% with non-partisan at 15% and Independent American at 5%. The District boundaries include all of Carson City, the areas east of old US 395 in Washoe Valley, Pleasant Valley and Steamboat East along Geiger Grade (SR341) to Western Skies Dr, Rio Wrangler Parkway and Mira Loma Road east to the Washoe/Storey County line.

Although I have contemplated running for elected office for several years this is my first entry in to the political arena. I am running for several reasons but mainly as a continuation of my desire and history to serve my community. I have thirty years of public service as a police officer with the State of Nevada Department of Public Safety retiring as a Division Chief in 2009.

I cannot speak to my opponent’s qualification only my own. I have a record of proven leadership in all aspects of my career. I have demonstrated state budgeting skills by administering the Department of Public Safety Records & Technology Division with a $40 million budget and 145 employees. I continually worked with staff stressing that the Division provided a necessary and vital service to its customers, the criminal justice agencies both inter and intra state along with private enterprise organizations which were dependent upon criminal background clearances. The principle that government exists for the citizen’s benefit not citizens for the government’s benefit, motivated personnel to improve their ability to deliver required services in a more expeditious and efficient manner. I was appointed by Governor Guinn in 2005 to represent Nevada’s interest in various matters related to the sharing and distribution of criminal history data with other states and the Federal government. Since 2003 I have represented my respective Division on numerous legislative issues working with and educating various Legislators regarding pending legislation.

I consider myself to be a “Regan Republican”. I am not sure where the lines between the various philosophical groups within the Republican Party are drawn some days. I certainly agree with limited government and personal liberty that the “Tea Party” espouses, however I can also see the importance to being able to work with others in making “forced upon us” bad legislation more favorable to the conservative position as possible. If legitimate compromise cannot be reached I can and will stand my ground to just say “No”.

I don’t have any current bills in mind as I am still listening and learning from my constituents.

I believe that we need to remove ourselves from these “Sunset” taxes as originally intended particularly as the economy continues to recover.

By returning local control, increased use of technology and rewarding teachers and administrators based upon the growth (or sustaining superior performance) of student performance.

I believe that education money should follow the child. Open enrollment, charter, technical and private schools should all be used as parents decide what is best for their children.

It needs to stop.

I find the current state’s minimum wage appropriate. Minimum wage was established basically as an OJT wage. A 2006 voter-approved constitutional amendment requires Nevada’s minimum wage to be recalculated each year by comparing the amount of increases in the federal minimum wage over $5.15 per hour, or, if greater, to the cost of living. Currently the State’s minimum wage is at $7.25 per hour for workers who received health benefits from their employer. The rate for employees who do not have employer-paid health insurance is $8.25. President Obama’s desire to raise the Federal minimum wage to $10.10 an hour is will be counterproductive to our State and Nation’s financial recovery.

Yes. We have a tax system that makes those industries some of the largest contributors to the general fund and biggest employers. For our economy to rebound we need to strength these industries, not make it harder for them to succeed through increased taxation.

My instinct is that the Federal Government should return the vast majority of these lands to the state. I am concerned of the possible financial impact such an action would have on the state and local governments and would want to make sure that we include them in any discussion regarding the relinquishment.

The legalization and administration of medical marijuana occurred in the 2013 Session. I believe we should wait to see how legalizing marijuana for recreational purposes goes in the states that are already implementing it. There are many unknowns that will be fleshed out in those states which we can learn from.

I am firmly opposed to this. It will be detrimental to mining, hunters and a variety of recreational activities.

17. Define your position on fracking and other means of oil exploration in Nevada. Do you support coal fired plants?

I am not familiar enough currently with all the issues regarding fracking. It is my understanding that in the 2013 Legislature SB390 was passed requiring the Commission of Mineral Resources and the Division of Environmental Protection develop a hydraulic fracturing program including the adoption of regulations to implement for the State. I do support the use the use of clean coal for power generation along with environmentally friendly energy options such as hydro, natural gas and geothermal.

This is an issue which is currently being addressed in the courts as to its constitutional merits. I want to learn more about the argument as it progresses prior to making my determination. As to encouraging new business to locate in Nevada, we must defeat the margins tax and continue to ensure that Nevada is business welcoming, family friendly and community safe environment.

Nothing at this time. I would like to thank you for this opportunity to express my views on topics relevant to your “viewers”. I look forward to hearing more and working to be a successful representative for Assembly District 40 constituents.