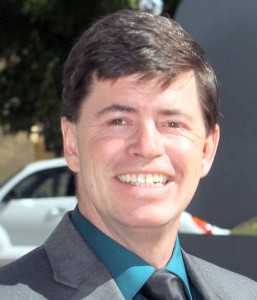 Assembly District 40 includes all of Carson City and portions of southern Washoe County.  There are two candidates in this Primary race.

In part, I paid for my college education by working as a lathe-milling machine operator. After college I worked as an outside sales operation manager before owning my present business State Agent and Transfer Syndicate, Inc. in Carson City.  Work is also a great teacher.    I’ve been a registered Republican all of my adult life and have worked with our local elected officials, and have chaired/served on many issue-oriented committees as well as the Chamber of Commerce.

In 2003, I was heavily involved in working closely with then-State Senator Mark Amodei in fighting the gross receipts tax. Since that time I have fought other efforts to institute such a tax. Now I am fighting the Margins Tax.

The Geographic Boundaries consist of: all of Carson City. The east side of Washoe Valley following the old portion of 395 north up to 341 and then it jogs up to Western Skies Drive up to Wrangler Parkway terminating at South Meadows Parkway to the north

With the threat of the Margins Tax and other proposals which could specifically hurt the people of AD 40, I felt it was time for an active businessman and native son to step up to represent AD 40 rather than a retired public employee. My plan, if elected, is to gain seniority for greater and greater influence over the years.

I’m a third generation Nevadan and know this district. Whether it’s business, education, government or community service, I’ve been involved most of my life. I understand the concerns and needs of the district. From the Chamber of Commerce to the Board of Equalization to Western Nevada College Foundation to the Brewery Arts Center, I’ve given my time and service. I know this district’s story inside and out. From all my experience in working with civic committees, I know how to interface with my colleagues to reach solutions.

I am a conservative Republican: Very conservative on fiscal issues while somewhat of a libertarian on social issues.

a. Fighting the Margins Tax which would devastate the retailers, manufacturers and all businesses in AD 40 and the entire state.
b. Enhancing Nevada and AD 40’s business climate.
c. Fighting any legislation introduced to move our historical capital from Carson City to Las Vegas.

I will seek to hear from the constituents in AD 40 before settling on any specific legislation. Even then, it would have to fill a necessary need. In general, I believe in smaller government and that means fewer laws, not more. I am a small-government Republican.

I would have opposed it. The sunsets need to happen.

Actually, I am considering a proposal that I believe would improve Nevada’s public schools.  At this point, I do not have enough of the details to elaborate.  Yes, it does involve reducing managerial costs.

I believe in Charter schools and many of them are outstanding. I support choice in schools, provided the taxpayer isn’t burdened with transportation issues. In general, I believe in universal school vouchers but the “devil is in the details.”

Yes I do. Mining is an industry that fluctuates and they pay a high percentage now. Higher taxes may cause the smaller mining companies to close and layoff employees. Gaming is no longer a captive industry here. They have the entire world in which to open casinos.

I am in favor of states receiving their land from the federal government, provided it would not cost the taxpayers more than the potential gain. Rep. Mark Amodei, our congressional representative, is an expert on this subject. I trust his proposals in the House of Representatives.

Actually, there was another ballot question in 2000 (BQ 9) in which the public was asked if they wanted to legalize medical marijuana. The Question passed by 65% statewide, and over 61% of the voters in AD 40 (at that time) voted for legalizing medical marijuana. Therefore, with appropriate safeguards, I believe we should enact what the voters approved. I do not support the legalization of all marijuana.

It has been shown through various studies that the listing of the sage grouse and other species as protected, would devastate our economy.  I will oppose any such action if it comes before the Legislature.

While fracking remains a controversial issue, I believe in greater oil exploration opportunities in Nevada. Presently, coal is the cheapest and most plentiful source of fuel but it’s clear that as a nation and state we are transitioning for the next two decades to natural gas as our major and cleanest form of energy.

So far, the Fund has proved successful in bringing good businesses to Nevada and lowering our rate of unemployment. It’s hard to argue with success.   It’s important that new businesses can find the trained employees they need. I think a program with the community colleges wherein they train the employees needed … for a fee, which could be offset with a lower pay for 90 days, might be one way to encourage new businesses.

I am a member of the NRA, own guns and have a CCW permit. I support the Second Amendment, but when it comes to guns on campuses, I think that we need to hear from the stakeholders / responsible parties i.e. School presidents, upper administration, school boards and the Board of regents. Ultimately they are responsible for their campuses.

My major concern is the lack of training, as it exists today. I think better and more extensive training is needed.