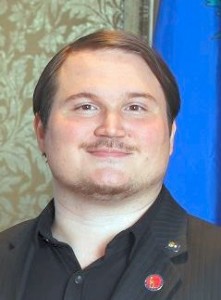 Assembly District 22 is located in south Las Vegas in the Henderson area.  There are two candidates in this GOP primary race.  Lynn Stewart did not respond to this interview request.

I am a Software Engineer, building website for Large and small businesses.  I have been a Republican grass root activist in Nevada for eight years, helping frame the Republican platform and helping elect some of our most conservative elected officials across the country.

Assembly 22 is a Republican district south of I-215, west of Boulder Highway and east of Pecos.

This is the first office I have run for.

Assembly 22 is a Republican district and it should be represented by someone that believes in the Republican platform of smaller government and more personal freedom. My opponent has repeatedly voted for higher taxes and more government intervention into our lives as demonstrated by his votes for Obamacare.

I have worked to help many tea party candidates get elected across the country including Rand Paul and Thomas Massie in Kentucky.

7. What do you see as the top three legislative priorities?

• Reduce the impact of Obamacare on our citizens and businesses.
• Reduce the cost of doing business in Nevada by reducing things such as payroll taxes.
• Fight to implement more choice in our school system.

The closest thing to immortality is a temporary government program. We should never be tricked by those that say this will only be temporary. When normal citizens have to cut back, so does government.

Give more power to the parents to decide where and how their children are educated. Competition in the school system will solve most of the problems. Give principals more power to fire bad teachers, and reward good teachers.

Parents should have every option available to educate their child.

Unfunded mandates create unneeded fights between the state and counties, programs must be prioritized and when the money is allocated out to the programs with the highest priorities than it is done.

12. Describe your position in regards to Nevada’s Right to Work law and unionization of State employees.

Workers have the right of free association and paying dues should not be required for employment.

13. What is your position in regards to increasing Nevada’s minimum wage?

14. Do you believe the gaming and mining industries pay ‘their fair share’ in contributing to the state’s economy?   Explain.

Fair share doesn’t mean anything. What should be talked about is equal apportioned share, something that can be measured objectively.

This will be a great source of revenue for the county and state which is completely user fee based.

16. What is your view of the implementation of the Affordable Care Act in Nevada?

It will cause unneeded economic woe on the state in the coming years and it must be repealed and replaced with a system that delivers choice and actual affordability to our citizens.

17. Define you position on fracking and other means of oil exploration in Nevada.  Do you support coal fired plants?

The Market will determine our best source of energy based on price. As technology improves lowering the price of alternatives in comparison to oil, gas and coal the market will naturally move to them.

Corporate welfare is not a valid use of taxpayer dollars. Instead simply lowering the cost of doing business by the amount of money that want to give out to favored companies by lower payroll taxes and licensing fees will create new jobs and allow existing companies to expand. If we are cheaper to do business in than other states, companies will move here.

Everyone being able to protect themselves at all times is a fundamental right. Criminals do not care about laws, so gun free zones only make sure that honest and law abiding citizens are unarmed.