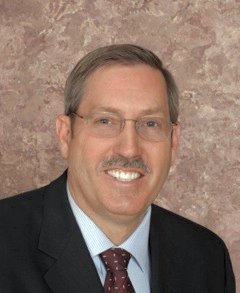 Assembly District 31 includes parts of Reno and Sparks. There are two Republican candidates in this GOP primary race – Jill Dickman and Ron Schmitt.

I am a business consultant.  I have lived in Sparks for 23 years.  I have served on the City of Sparks City Council for 13 years.

District 31 covers most of Sparks and north of Sun Valley.  The political balance is almost even.  The Republicans hold a 1400 voter advantage at this point.

I have been elected to the City of Sparks City Council from 2001 to present.  This is my first time running for a state office.  I am running for State Assembly District 31 because I feel the present incumbent will only serve those that are in unions.  He has made this very clear for the last several years and the citizens deserve better.

I have been a businessman for over 40 year.  Owning several companies on the west coast.  I have served for over 13 years with balanced budgets for the City of Sparks.  When times were tough we did not raise taxes to balance the budget.  My opponent only represents one segment of our work force.

I am a fiscal conservative.  I will let my record on the Sparks City Council speak for me.  Balanced budgets for 13 years.

• The first is jobs.  My opponent only wants union jobs.  These are mostly jobs that the taxpayer is paying for and he gets a cut of every persons salary.  We need to do much better than this.
• Tax Policy.  We need to encourage tax policies that will bring business to the state and not make business leave.
• Education reform.  We need better accountability from our state leaders on education.

Not elected yet.  My daddy taught me not to count my chickens before they hatch.

I was not of the taxes when they were created.  The issues that have surrounded these taxes have been very complicated.  Legislators need to either impose them for good or let them sunset as designed.

Look at other models that are out there that may be a way for Nevada to improve their system.  The answer is not in just more funding.  That is how we got in this problem in first place.

The State should support Charter Schools to the fullest. Yes, I support school vouchers.

11. The State Legislature has found innovative ways to circumvent the state law banning the passing down of unfunded mandates to local governing entities.  What is your position in regards to using such actions to fund state needs.

For 13 years I have talked to the citizens of the State of Nevada about this important issue.  The State needs to decide what service it is responsible for and take care of it.  The amount of money that it is costing local communities is staggering.  We need to stop this practice.

They are two different categories.  Mining taxes are in the constitution and this needs to be changed by the people to be replaced.  Gaming taxes are a market drive force.  We need to make sure we are not driving our tourist market away from Nevada.

I would prefer the State owning all the land in Nevada.  The problem comes from who is going to pay for everything.  We need federal dollars for those services.

This is a subject that is getting a lot of attention with a lot of untruths spreading.  I am opposed to the sale of marijuana to the public.  If it is for medical purposes, let the pharmacy sell it.

Not fully informed on this issue yet.

Have not researched the issue of fracking yet.  I am in favor of modern coal fired plants in Nevada.

The problem does not lie in the State of Nevada. It is with all the other states that allow high amount of tax payer moneys to be spent on bringing companies to there state.  We spend a drop in the bucket to other states.  I think the fund is a good idea if it is managed properly.  There lies the problem.  The State picks the winners and losers.  I think the leadership needs to be more aggressive as governor of Texas in recruitment.

Yes I support campus carry. It is our reasonability as adults to protect our children.  Allowing teachers and administration to be able to carry will make our schools safer.

This district is a very important district to the State.  Please get out and vote and let your voices be heard.