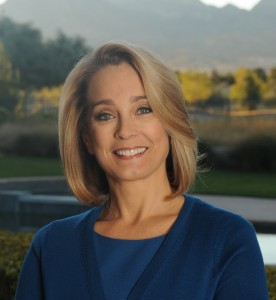 1. Why are you running for this position?

2. Give a brief summation of your professional and political history.

I started my professional career as a elementary school teacher. I moved to Las Vegas to be a newscaster at KLAS-TV, Las Vegas’ CBS affiliate. I earned numerous awards for my work as a reporter and anchorwoman, including an Associated Press (AP) and United Press International (UPI) Award for Best Newscast. I am a member of the KLAS Channel 8 Hall of Fame. I am a Nevada gaming licensee, and I serve on the Board of Directors and am Secretary-Treasurer of Archon Corporation, a gaming and investment company. I am the former President of Santa Fe Hotel and Casino and former Executive Vice President of Sahara Hotel and Casino. The Las Vegas Chamber of Commerce, now called the Las Vegas Metro Chamber of Commerce, awarded me a Woman of Achievement Award for my leadership roles in gaming and philanthropy. Earlier in my life I entered beauty contests to pay my way through college. I was 2nd runner up Miss America in 1973. Before I won that title I joined the USO and traveled the world with the Bob Hope troupe, even entertaining the troops with him in Vietnam.

I am a libertarian leaning Republican. I believe in the saying “That government is best which governs least.”

4. How much do you project this campaign will cost? Do you anticipate using your own money to help finance it? If so, to what degree?

I believe my portion of the Primary will cost approximately $500,000. I have already put in $100,000 and will consider putting in more if it is needed to win the race.

5. Both you and your opponent have served in the Nevada Legislature. What do you consider your most noteworthy accomplishment(s)?

c. Co-sponsoring legislation that led to Charter Schools in Nevada.

6. What makes you more qualified than your Primary opponent to serve as Nevada’s Lt. Governor?

For the past 30 years I have been involved in tourism and economic development. My opponent has no experience in these matters that I know of. I have traveled to Taiwan to initiate our Sister City pact with them. I have presented to the International Olympic Committee to bring the Jumping Horse competition to Nevada and I have was involved in renewing the National Final Rodeo while I served on the Las Vegas Events committee. My Primary opponent has no experience in any of these areas.

7. There has been much speculation the current Governor may run for the U.S. Senate in 2016. If he is successful (or resigns to run), you are obviously aware this would elevate the Lt. Governor to the position of Governor. What makes you more qualified to serve in this position than your Primary opponent?

I have been president of two large hotel/casinos and have employed thousands of Nevadans. I know how large organizations work. I have proven leadership and experience. I have balanced budgets in both the private sector and in the public section; as a businesswoman I have served as Secretary/Treasurer of Archon Corporation and as a State Senator and chair of the Senate Committee on Taxation I was instrumental in negotiating the final budget.

8. Define your understanding of the duties/responsibilities/time required of Nevada’s Lt. Governor.

a. Is the vice-chair of the Interagency Committee For Coordinating Tourism And Economic Development (NRS231.015)

b. Is the chair of the Advisory Council On Economic Development (NRS 231.025)

In addition the Nevada Constitution lists serving as the President of the Nevada Senate and serving as Governor whenever the sitting Governor is out of State.

I will serve as a full time Lieutenant Governor just as Lorraine Hunt did.

9. If elected, you will be a member of the Governor’s Board of Economic Development. What is your position in regards to the Catalyst Fund – (This is funded by state tax dollars. The Governor’s Office of Economic Development receives and votes on applications and subsidizes those selected through local entities.) – as a means of bringing new industry and jobs into the state? Do you have other ideas to encourage new businesses to locate in Nevada?

In 1992, 2996 and 2000 the citizens of Nevada defeated proposals put forward by the Legislature to overturn Article 8, Section 9 of the Nevada Constitution which reads “The State shall not donate or loan money, or its credit, subscribe to or be, interested in the Stock of any company, association, or corporation, except corporations formed for educational or charitable purposes.” I believe we should adhere to the principles of this section of our constitution and not try to subvert it, I am not in favor of the Catalyst Fund without a change to the Nevada Constitution.

I believe the best way to encourage business to relocate to Nevada is to give them a stable tax base without the threat of new taxes every time the Legislature meets.

10. The Lt. Governor is allowed to submit three bills every legislative session. Do you have any proposals in mind at this time?

Part of my campaign will be to announce the three bills I am allowed to submit. I do not wish to say what those bills will be at this time but they will involve Tourism, Economic Development and Transportation Infrastructure.

11. What are the three most pressing issues currently facing Nevada? As Lt. Governor, how will you address them?

Jobs, jobs and jobs. Growing our economy will increase employment and tax revenues. I will focus on Tourism and Economic Development to grow our economy.

12. Explain your position in regards to Nevada’s implementation of the Affordable Care Act (Obamacare).

I am 100% in opposition to the Affordable Care Act and will do everything in my power to see it replaced with real reform in the Health Care Industry. Representative Joe Heck has a workable solution in the House of Representatives and I support such efforts.

13. What is your position in regards to increasing taxes/fees to balance the State budget? Would you support extending the taxes that were to sunset in 2011 and extended in both the 2011 and 2013 legislative sessions?

According to the Census Bureau we are ranked #14 in state and local taxes collected per capita. We do not have a revenue problem we do not prioritize our spending. I am against extending the taxes that were supposed to sunset in 2011.

14. Do you believe Nevada must diversify its tax base? If so, how do you propose to address this?

a. Sitting on the Nevada Board of Medical Examiners has made me realize Nevada has great potential as a destination for Medical Tourism. Central to this would be opening a Medical School in Las Vegas. Building a medical school in Las Vegas would help with our under representation of physicians in Nevada and we could generate world class programs with the help of local industries.

b. If we could get funding for the new Interstate 11 proposal we could expand our warehousing/distribution capabilities. Both Reno and Las Vegas are ideally situated for warehouse/distribution centers.

c. International tourism should be encouraged. We need to increase our efforts to bring foreign tourists to Nevada.

d. We need to lure motion picture production to Nevada. We will never have the facilities of Southern California but we do have the diversity of natural resources need for location shooting and we are the Entertainment Capital of the World so we have the necessary know how and manpower to encourage location shooting in Nevada. We can emulate the deserts of the Middle East in the area surrounding Hawthorne and we have Lake Tahoe, Lake Mead, Elko, Ely. Nevada has been blessed with a variety of landscapes not found in other States.

15. How do you propose to encourage/increase tourism in Nevada?

These interviews are posted on Nevada News & Views and NewsDesk by Nancy Dallas (www.ndbynd.com). Reposting of any interview by interested parties must include the disclaimer the interview was originally posted in the above publications. Questions or comments may be directed to Nancy Dallas at nancy@nancydallas.com or 775-847-0129.