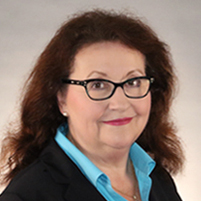 (Leslie Hiner, The Freidman Foundation for Educational Choice) – Public school parents in Nevada are actively seeking ways to provide a better education for their children, as evidenced by the more than 2,800 applications submitted in just a few weeks for the state’s new, universal education savings accounts (ESAs).

Despite the growing demand for ESAs among families—the most important stakeholders in public education—the American Civil Liberties Union of Nevada (ACLUNV) filed a lawsuit to stop them. If the group succeeds in shutting down the state’s ESAs, they will have effectively taken away the only opportunity many Nevada parents have ever had to access the right educational setting for their children.

The Friedman Foundation for Educational Choice is dedicated to working on the front lines with our state and national legal allies to fight what we believe is an attack on students, whose only misdeed is wanting to improve their learning experience.

Who is Doing This, and Why?

The American Civil Liberties Union of Nevada (ACLUNV) filed a lawsuit—Duncan vs Nevada, Case No. A-15-723703-C—on behalf of five citizen plaintiffs to deny students in Nevada their new opportunity to access educational services through an ESA.

Plaintiffs allege that allowing a parent to direct the state’s funding of his or her child’s education somehow means that, if the child attends a religious school, the funding will be used for a “sectarian purpose” in violation of Nevada’s constitution. The U.S. Supreme Court ruling in Zelman vs. Simmons-Harris, which held that vouchers are constitutional under the U.S. Constitution, reveals the high court’s view that when a parent directs state funding to a religious school, the purpose of that action is to pay for his or her child’s education. The purpose is not sectarian, regardless whether the school chosen by the parent is religious or non-religious. In upholding the constitutionality of voucher programs, several state supreme courts have agreed with the U.S. Supreme Court’s ruling in Zelman.

Plaintiffs also allege that the Uniformity Clause is violated if anything other than the status quo system of public schools is allowed; that education in Nevada will not be uniform, creating a “competing system of private schools whose curricula, instruction, and educational standards diverge dramatically from those of public schools.” It is also alleged that the Uniformity Clause is violated because religious schools may discriminate based on “religion, sexual orientation, gender identity,” and that state funds will support competition between public and private schools.

Nevada Sen. Scott Hammond authored and secured passage of SB 302, Nevada’s new ESA, earlier this year. The ESA law will not take effect until January 2016, yet the state is seeing unprecedented parental support for the educational choice option. With this lawsuit, the ACLUNV is attempting to stop it before it begins.

Nevada’s ESAs give parents access to funds appropriated by the legislature for their children’s education by placing those funds in secure savings accounts specifically designated for educational expenses. From there, the parents decide whether to use those funds to pay for tuition and learning services at a nonpublic school; a distance learning program; a tutoring service; a special needs therapist; and/or for individual courses at public schools, private schools, magnet schools, charter schools, online schools, universities, or other educational service providers. Parents may also use their ESA funds for curriculum, educational materials, testing fees, textbooks, and some transportation expenses.

Children from households that qualify for free and reduced-price lunch and children with disabilities may access 100 percent of the statewide average basic per-pupil education funding amount each year, which is currently about $5,700. All other families may access 90 percent of that funding, about $5,100.

Every child in Nevada who has attended a public school for the last 100 days is eligible for the new ESA funding. That’s more than 453,000 students.

If the ACLUNV lawsuit is successful, it could rip newfound hope and educational freedom from families before their children have even had the chance to experience the great variety of learning opportunities that await them.

Why does this Lawsuit Matter to Nevadans and to the Rest of the Nation?

Although there has been some improvement over the past 15 years, Nevada’s leaders decided that the children in their state deserved a dramatically different approach to education to address such low academic performance. The same old system that may have worked generations ago is simply not working today, and the public’s elected representatives took a bold step toward creating a world-class system of education.

Nevada does not stand alone in their concern about low academic achievement. Other states looking for ways to provide a path to educational excellence are watching Nevada, and they have been encouraged by the boldness of its leaders. The ACLUNV lawsuit will not stop those leaders who are blazing a trail for freedom of choice in education, but this lawsuit is likely to result in discouragement and confusion for parents, policymakers, and education providers.

What about the Children and Parents who have already Applied for ESAs?

Unless a judge says applications to receive ESA funding should stop, parents should continue to apply for ESAs here.

Parents and children should also remain positive, not lose hope. Other states with constitutions similar to Nevada’s have overcome constitutional challenges by those who oppose educational freedom. The best example of this is found in Meredith vs. Pence, the case upholding Indiana’s very broad school choice voucher program. Whereas the legislature is obligated to provide a system of common schools, the legislature is also obligated to encourage educational instruction “by all suitable means.” State courts, as in Indiana, have properly interpreted this to mean that the legislature is not limited to funding educational instruction only through the current monopoly system, but rather, should seek suitable means to provide educational improvements not restricted by the old system.

What will Happen Next?

Nevada’s Attorney General will review the litigation on behalf of the state. The Institute for Justice (IJ), a national nonprofit law firm defending private property, economic liberty, free speech and school choice, will seek to intervene in this litigation on behalf of several parents who support Nevada’s ESA funding. We at the Friedman Foundation for Educational Choice will work closely in support of IJ’s efforts, supplying research and data on the validity of ESA funding, and we will seek to file an amicus brief in support of the program.

Leslie Hiner serves as vice president of programs and state relations for the Friedman Foundation for Educational Choice, a 501(c)(3) nonprofit, nonpartisan organization founded in 1996 by Milton and Rose D. Friedman. The foundation’s goal is to advance a K–12 education system in which all parents, regardless of race, origin, or family income, are free to choose a learning environment—public or private, near or far, religious or secular—that works best for them. For more information, visit www.EdChoice.org.

The column was originally published at the foundation’s blog.