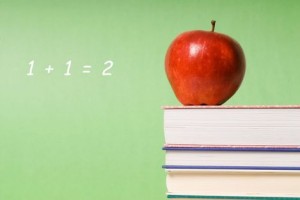 (On Friday, we looked at the Fresh Look of Nevada’s Community Colleges, a report of the state of the college system in the Silver State. This article looks deeper into some of the issues raised by Fresh Look. – Ed.)

(Lori Piotrowski) – At a meeting of the Nevada Faculty Alliance (that’s the faculty union) in January, 2009, professors, assistant professors, and instructors met to discuss how to lobby their assembly members and senators. These individuals knew that additional budget cuts were coming, yet the discussion kept coming back to raising taxes on Nevadans. Rather, the conversation circled around writing and visiting legislators to encourage them to not cut the budget.

In 2009, the Collegeof Southern Nevada had more than 43,000 students, yet maintained a one-person development department to write/find grants for funding. The college relied on government funding (94% of revenue), paying lip service to other funding sources. Meanwhile, UNLV cited 28,000 students and a development staff of 51 persons. (Figures cited are available online: CSN Facts In Brief and UNLV Foundation and About UNLV.)

Nevada’s system of education, unlike that of many other states, has relegated its source of revenue to the state government. Most other systems rely on local funding and local governance. This lack of control has created a chasm between the community and the community college. An educational institution that was created to serve its community is no longer governed by those it serves.

The Legislature uses a funding formula based on monies allocated per the number of students and number of credit hours offered. Fresh Look challenged this system, suggesting instead that funding be based on milestones reached by students and other items that may be measured. In other words, revenue would be tied to results. Additional revenue would be sourced from higher tuition rates and fees.

CSN President Richards, who had posted his own synopsis of Fresh Look for faculty discussion, heard from several who were upset with the idea of the college being accountable for the students’ success.

One faculty member said that the new funding proposal shouldn’t be based on graduation rates. “The fact that our graduation rate is improving doesn’t matter,” she wrote. “[This proposal] is taking money from the already underfunded champion of the state and trying to give it to schools that are already relatively well-funded based on their enrollments.”

This comment raises two issues: 1) accountability of students and faculty for results, and 2) ignorance of student enrollments and revenue. In the first, there must be accountability for student success. Students do learn at different paces, and this should be a factor when determining a milestone; however, to simply dismiss accountability reinforces the students’ unwillingness to be responsible for their learning. In the second, an enrollment of 40,000+ students is sizable. That CSN cannot make ends meet with that high a figure indicates that other issues (perhaps union salaries) are in play.

Fresh Look had also suggested that some of the budget shortfall could be made up through higher tuition and fees, while at the same time, offering more types of financial aid. I don’t know how this would work, and the report doesn’t provide any details.

Another comment focused on the number of students who enroll in a class only to drop out (or simply stop attending) after a short time. How are these students being addressed, he wondered.

Studies in student retention show that colleges and universities should measure retention rates, especially community colleges. These institutions are seen as a means of educating students of lower economic means and have a drop-out rate that is greater than what the ability of their students would predict.

For hundreds of years, the idea that a better educated populace would increase a nation’s wealth has been accepted. Focusing on graduation rates would be a good start to higher paying jobs, more taxes being paid, and a nation’s government being funded.

Even President Obama is challenging colleges to do better, implementing National Completion Agenda, with a goal of doubling the number of degree holders in theU.S.by 2020. So, yes, graduation rates do matter.

Another focus of Fresh Look was to meld high school and college or vocational training. Without additional information, I fear that when other countries in the world are educating their children better during longer days and longer school years, we may be collapsing education and relegating our coming work force to mediocrity.

A member of the English department faculty wrote, “Doogie Howser aside, putting 18-year-olds in university junior- and senior-level courses isn’t really doing them a favor; some of them are cognitively ready to be there, but many are not. Most of them would be better off in rigorous college-preparatory classes that prepare them to succeed in their general education coursework.”

Another commenter suggested, “Community college courses are either too easy, or they are being weakened in order to allow numerous high school students to obtain associate degrees and certificates for occupational or technical specialties.”

And a third wrote, “We hopelessly muddy the distinction between secondary and higher education when we set a goal of having one-third of our students earn an associate’s degree in high school. At some point, aren’t we just saying that community colleges teach high school courses?”

There may be common ground to be explored in this area. Providing advanced students with college-level courses to keep them engaged in learning is laudable—it may result in higher graduation rates at both the high school and college level. Yet if the colleges are having to provide remediation, how much of their resources will be devoted to increasing the education level of our best and brightest?

Remediation is a another matter that posters took issue with. Fresh Look suggested that colleges not provide remediation.

More and more frequently, students who graduate high school and continue on to an institution of higher education require some sort of remediation. Fresh Look cites 32% of students who attend university and 50% of those who attend community college are requiring remedial courses.

Working closely with high school programs was suggested as a way to ease the remediation issue. For example, students who require remediation must return to high school for that education, hire a tutor, or pass the course by attending a private sector institution.

Students learn at different paces and not in a straight line, commented one poster, and adding that sending students to “mills” doesn’t prepare them for anything beyond providing a canned answer on a test. Another admitted having a math tutor for her children so they would be prepared for college-level work.

What is more important here, and what the report does not address, is for CCSD and other elementary-high school systems to improve their students’ scores. No longer is it acceptable to pass a student for social reasons. Learning the material must be a requirement to pass a class, and by extension, to graduate.

It’s possible that high schools aren’t interested in, or perhaps aren’t the appropriate venue for remediation. However, to require an institution of higher education to provide remedial classes is not the answer. This may be resolved through the private sector, as Fresh Look suggests.

To conclude, I’d like to recognize the committee for its understanding that technology is the wave of the future for the colleges. Technology can help expand course offerings, provide students with multiple avenues of learning, and ease the colleges’ financial burdens. To that end, the committee recommended forming the privateNevadaVirtualCollege, where all online courses would be outsourced.

Frankly, I’d oppose this move. Online courses are a way for a college to expand its offerings and increase the number of enrolled students, both of which would provide more revenue. Currently, CSN offers more than 1,300 online courses with more than 17,000 students enrolled full-time in those courses. Why give up this revenue source?

Also, if the NVC is to be “guided” by the college faculty, why not just leave the online courses where they are?

Faculty furor erupted over the NVC, but it seemed more as if they felt under attack by Fresh Look’s suggestions. Comments focused on what they deemed the inability of the private sector to educate (because education lies solely with the current system?), defaming private colleges such asRegisUniversity and others, and lowering the possibility of educational quality.

Current research is divided over the issue of private vs. public schools and how well each does its job of educating. Important factors to consider are faculty, tuition rates, and accreditation. Promoting one school over another to protect one’s employment is short-sighted when viewing the state of education as a whole.

Overall, Fresh Look did exactly that—the report focused on areas of concern to the community college system and stepped outside of the box to provide suggestions. I still have a few questions, and I’m sure others do, too. At least, the conversation has begun.