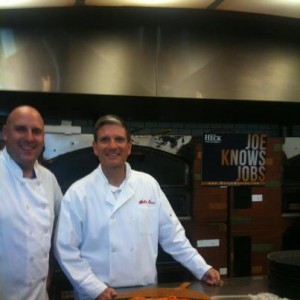 (Congressman Joe Heck/The Hill’s Congress Blog) – No state has felt the devastating effects of the Obama economy like my home state of Nevada. It is a dubious distinction, but we lead the nation in unemployment rate, home foreclosures, and personal bankruptcies. As I travel around my district, there is widespread concern about the state of our fragile economic recovery and whether the country is moving in the right direction. One consistent message I hear from business owners in my district is that the federal government is actually making it harder for them to expand and grow. From health care to the NLRB, they tell me that the red tape they must cut through just to run their businesses make them consider closing their doors altogether.

The bottom line is that there are far too many regulations that impose far too heavy a burden on American small businesses. A recent study notes that in 2011 the Obama administration issued $231.4 billion in regulatory burdens from proposed or final rules and added more than 82,000 pages to the Federal Register. Consider the number of government employees it must take to enforce 82,000 pages of new regulations. It is staggering to think that Washington has expanded into such a massive, bureaucratic mess. But those are just the new regulations. The Small Business Administration estimates that total regulatory costs on businesses amount to $1.75 trillion annually. That’s enough money for businesses to provide 35 million private sector jobs with an average salary of $50,000. When you consider these figures, it becomes clear that any job gains we have seen in recent months are in spite of this administration’s policies, not because of them. And that sentiment is starting to hit close to home. Recently, a story highlighting government over-reach was passed along to me by the president of a Las Vegas taxi cab company that employs more than 400 people. He hired a new driver and followed procedure thru the e-verify system as he does with every employee. Over the course of two days the new driver was underperforming. The driver was terminated for poor performance and quickly filed suit with the Justice Department for discrimination based on his e-verify tentative non-confirmation. While it is within Justice’s authority to investigate such a matter, they asked the company president to turn over thousands of pages of documents regarding the files of employees past and present going back nearly 2 years. The company president himself said, “The amount of man power and paper that is required to fulfill this request is enormous. Something has to change or small business will cease to exist.” Unfortunately, I agree with the taxi cab company president. The current administration and the layers of red tape they have proposed and implemented are destroying the culture of small business development that makes America great. This week, the House considered and passed a legislative package aimed at cutting government red tape to make it easier for small businesses to create jobs. Among the bill’s provisions is a common sense measure that places a freeze on economically significant regulations – defined as having an economic impact of $100 million annually – until unemployment is down to pre-recession levels. The last thing we should do during a fragile economic recovery is make it harder for companies to retain workers or hire new ones. This, and other provisions like permanently preventing “lame duck” administrations from issuing economically damaging regulations, would generate an economic environment that allows individuals and businesses to do what they do best: innovate and produce goods and services that spur critical job creation. Businesses and individuals from coast to coast have been feeling the effects of the regulatory over-reach of the Obama Administration. By eliminating some of the barriers to expanding businesses, opening businesses, and hiring workers, we can start to reverse the effects of the economic downturn and get America back on a path to prosperity. I believe if we balance consumer and worker protections with the burdens we place on businesses, more jobs will be created and hopefully, Nevada’s dubious distinction will cease to exist.

Heck represents Nevada’s third congressional district. He serves on the House Committee on Education and the Workforce, House Armed Services Committee, and the House Permanent Select Committee on Intelligence.