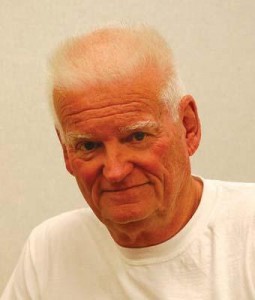 A local connection to the nationwide Tea Party movement came earlier this year with the appointment of Phil Henry, of Ely, to the Tea Party Debt Commission.

FreedomWorks, that Henry said is the largest and most influential Tea Party organization of the numerous separate groups that make up the movement, founded the Debt Commission to develop and present federal budget alternatives to proposals by the Deficit Reduction Super Committee created this year by Congress as part of the debt ceiling compromise.

Henry, a former Naval officer and current Marine Corps leadership trainer, is the founder of the White Pine Tea Party.

“It’s a grassroots movement. It’s not a party,” Henry said. “When I started the local group here, I had to figure out which one we wanted to affiliate with.”

The Washington, D.C.-headquartered FreedomWorks dates to 1984 and says it has over 1.4 million volunteers nationwide.

Calling the Tea Party Debt Commission a grassroots answer to Washington’s chronic inability to control spending, Henry said goals include developing a budget plan that would balance the federal budget within 10 years, reduce federal spending by $9 trillion within a decade and reduce national debt.

Henry is one of just 12 Americans and the only Nevadan chosen to serve on the select committee charged with formulating an alternative budget.

“The 12 of us are meeting weekly by phone,” Henry said.

Public meetings are being held around the nation with the nearest meeting to Ely held a few days ago in St. George, Utah. Henry participated in that meeting.

There are only three representatives from the West. The other two are from Utah and Colorado.

“Our goal is to cut $9 trillion out of the budget over 10 years, where the Super Committee is only offering to cut $1.5 trillion,” Henry said.

He responded to a question of why Congress might listen to the FreedomWorks select committee.

“ObamaCare is worth $2 trillion all by itself,” he added.

FreedomWorks appointed five subcommittees from the 12 Debt Commission members. Henry is one of three people charged with looking at defense spending including waste in the budget. Henry said he does not want practices of duplication and over spending to continue.

He said Social Security is on its way to going broke. “The federal government has not done a good job of administering it,” Henry said. He added that his comments about decentralizing Social Security to the states did not come from the Debt Commission, but rather are opinions of himself and others he knows.

Henry predicted that the 2012 General Election choices might be different than the people currently viewed as candidates from the two major parties.

He suggested that the eventual GOP nominee could be someone different than the several people currently seeking the Republican nomination.

Henry also doubts that Obama will be on the ballot a little more than 13 months from now.

“I think the Democrats will take back their party. If he (Obama) gets the nomination, they’re cooked,” he said.

The Debt Commission will present its decisions on Nov. 17.

FreedomWorks has a survey on its website where the public an have input about proposed program reductions or eliminations. To contact FreedomWorks, e-mail info@teapartydebtcommission.com.