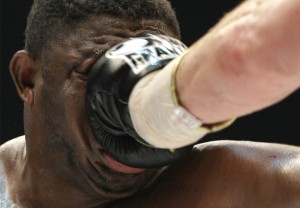 (Michael Chamberlain/Nevada Business Coalition) – Nevada’s Modified Business Tax (MBT) ranks right up there as one the worst ideas ever devised by mankind.

Okay, maybe that’s just a bit of an exaggeration. But not much.

It punishes employers for employing workers, which is why even members of the left have declared it “hurts small business and hampers job creation.” Yet it still survives.

The MBT is levied on the amount of payroll a company pays. It has to pay 1.17% of its total payroll minus a deduction for the health insurance premiums the company pays on behalf of its employees.

The old saying goes if you tax something you get less of it. Certainly, taxing employment through the MBT has had a negative effect on the state’s highest-in-the-nation unemployment rate. For a business with 86 employees, the company pays the equivalent of an entire employee’s wages in MBT – without getting the added production that employee would provide.

Recent changes in the law reduced, or eliminated, the MBT for some smaller companies while increasing it for larger ones. These, in part, eliminated the MBT on the first $250,000 of payroll per year. Oops, that should say $62,500 per quarter.

Several news reports and public statements quoted the $250,000 number, which is slightly misleading and could cause problems for some businesses.

If the calculation were done over the course of a year, there would be no MBT. However, since it’s done by quarter the company has to pay the MBT on its payroll in that highest quarter.

We recently spoke with the owner of a small business who ran into a similar problem. His company’s fiscal year ends on September 30. He pays himself only once a year, at the end of the fiscal year.

This year, although his payroll was well short of $250,000 he still was forced to pay the MBT in his business’s final quarter of the year because his pay pushed the company’s total payroll above $62,500 for the quarter.

Having planned based upon the public statements he’d heard from the media and politicians he was not prepared for the hit. What a shock when he discovered he’d be responsible for forking over a little bit to the state of Nevada for the privilege of putting people to work in the state. For a small business every unexpected expense is burdensome.

So take note, Mr. SmallBusinessOwner, for this little gift from the Legislature could snag you, too. The MBT, not just a job-killing business tax anymore!

Take today’s poll: Who should Herman Cain endorse in the Republican Presidential Primary?