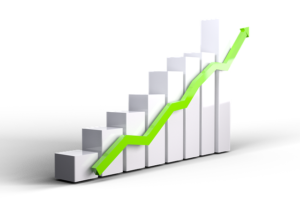 Eugenics is a dark and troubling part of US history – one not accurately reflected in standard accounts and teaching today of that history.  The “scientific” racism of eugenics ideology flowered in the second half of the 19th Century through the 1930s.
It classified persons as “fit” or “unfit” based on traits assumed to be hereditary, including race and ethnicity, mental and physical characteristics, and country of origin.  Because “fitness” was assumed to be genetic, it was hereditary and thus immutable: not subject to alteration via environment, nurture or other conditioning methods.
Eugenics gained wide acceptance, even being reflected in decisions of the Supreme Court of The United States.  “Three generations of imbeciles are enough,” said Chief Justice Oliver Wendell Holmes in the case of Buck v. Bell, a 1927 decision upholding a Virginia law that authorized the state to surgically sterilize certain “mental defectives” without their consent.
Eugenics doctrine had a broad reach from justifying slavery to the alleged superiority of Nordic peoples (“Aryans”) to other races.  It was fostered in the US by the mushrooming of the administrative state during the progressive period, and it also provided some ostensible intellectual foundation for that mushrooming.
German Nazism also drew greatly on the developing American eugenics tradition.  As much as anything, the fall of the Third Reich undid eugenics.
After the Civil War, it was used first to justify low military compensation for blacks and then to support barriers to non-Nordic immigration.  Implementation of eugenics was helped by the rise of progressivism’s administrative and interventionist government over-riding the outcomes of free markets.  By 1905, 32 states had sterilization laws fostered by eugenics, and thousands of people were sterilized.
One scholar recently noted, “Eugenics and progressivism were made for each other.”  The doctrine was an excuse for the exercise of extreme coercive collectivism, the fundamental means employed by progressivism.
Minimum wage legislation was also originally related to eugenics, as it proposed to let the market pay low or no wages to the unfit persons (mainly races) so they would over time die off.  Even the famous Yale economist Irving Fischer bought into such dogma.
Perhaps the most (in)famous proponent and activist in favor of eugenics and its abuses of human beings was Planned Parenthood founder Margaret Sanger, who was an outright racist.  Her 1933 article in the journal Birth Control Review was also a strong argument against immigration to America.  And sterilization of the mentally ill was a popular birth control idea from the start.
The notable surprise beyond the flourishing of eugenics in America is that it has been almost completely omitted from modern history and government texts.  Since almost all high school students must take a US history course, this omission has given them a completely false account of very important US history, politics and government.  Eugenics and its disastrous history as a key part of progressivism are at best mentioned in passing, and mostly minimized and treated as not a significant part of our history.
Why?  The writers of the books don’t themselves seem to know much about this central subject.  Some authors are aware, but seem to consider it unimportant; eugenics is viewed by many progressives as the crazy uncle in the family.  Also, eugenics’ relationship to abortion makes it a taboo subject for many advocates of that practice.  And almost all these writers are progressives with a bias in support of the over-reaching administrative state, and discussing eugenics undermines that key advocacy.
What do students lose due to these biases and omissions?  First, balanced and reasonably complete perspective on US history, politics and government and the roles of various factions then and now.  Second, a necessary skepticism of the ideology of catastrophe supported allegedly by science.  (See also climate change deniers.)  Third, the perils of small groups, especially of self-selected elitists, controlling social power; this often leads to bad decisions and social disasters.  (See also China’s one-child policy.)  Finally, a profound understanding of the power of even a bad idea.
Prev postNext post
Related ItemsNevadaRon Knecht
Nevada
Ron Knecht