Watching President Trump host a national day of prayer at the White House—immediately after Nancy Pelosi spewed impeachment talk at her press conference—reminds me of a favorite story about my late friend, Oral Roberts. 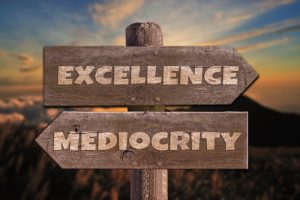 President Roberts was, of course, the biggest fan of the Oral Roberts University basketball team, for which my then Tulsa radio station, KTRT, created a network to distribute the broadcasts which we originated.  But ORU was an independent at the time and had to hire referees from the Big Ten, Missouri Valley and other conferences.  Sometimes, they didn’t get the best refs.

One of the features at an ORU home game was an invocation, usually given by a student in the divinity school.  As students are wont to do, the invocations began getting longer and longer until they began to irritate President Roberts.  The kids were spending time blessing everything in the building…the hardwood, the rims, the band etc.

One night, prior to a fairly big game, President Roberts caught me in the hallway of the Mabee Center and asked if we cut away during the invocation and the National Anthem.  The answer was an emphatic no, we did not because I always found that carrying a message to God and to our nation is also good business and was unashamed then and now. (That is our policy even today.)

He smiled and said, “good, tonight will be interesting.”

At the appointed time, public address announcer Doc Blevins waited for the lights to go down and said something like, ladies and gentlemen, giving tonight’s invocation is the founder, President and Chancellor of Oral Roberts University…Oral Roberts!

The spotlight went on, President Roberts strode to the center of the court, put a microphone to his mouth and said, “Heavenly Father, please bless the referees’ eyesight. Amen” And walked off the court.

Then, he came over to our table, sat down next to me, smiled and asked, “How did I do?”

He later told me that he never prayed for a win.  That God doesn’t determine wins and losses.  He just gives you the talent to win.  Winning is up to you.

But things which stood in the way of winning—poor officiating, as an example—were fair game.

To a great extent, that’s where President Trump finds himself today.

He is a very talented individual who won the Presidency against all odds.  God gave him that talent. Think of the Democrat controlled House as a mediocre referee who has a decided vendetta against a very non-establishment, independent public official.

The House is trying to use every opportunity to make a call against the President.

As usual, when officiating gets in the way of the game, there are no immediate winners and almost everybody involved loses.

Frankly, the House Democrats are just like the refs who screwed the Vegas Golden Knights in the last game of round one of the Stanley Cup Playoffs.  And the results are most likely the same in the long term because it is the fans (the voters in this analogy) that get to make the ultimate decision.  In sports, the decision shows up in attendance and TV ratings over the long term.  Think Colin Kaepernick and the NFL.

Do you really think that the Democrats, running on investigating the President, will be successful?

So far, they are not only out of control on investigations but on the positions being staked out by the 20-some candidates who think they have what it takes to become President.

You can’t beat a horse without an equally talented horse—unless some state employee gets involved (think last week’s Kentucky Derby) and we’ve already been through that in the past two years.

I guess it all gets down to Oral Roberts’ position that you never pray for a win.

That’s what the Democrats are doing because the only reason any of them can give to get elected is that they are not Donald Trump.  Americans are not that stupid.