Ex-Im Bank not dead yet

(Robert Romano, NetRightDaily.com) – The Senate has temporarily abandoned its plans for a long-term highway bill with the Export-Import Bank of the United States reauthorization attached.  Instead, it will take up a House-passed measure extending highway funding for another five months.

All they had to do was nothing. 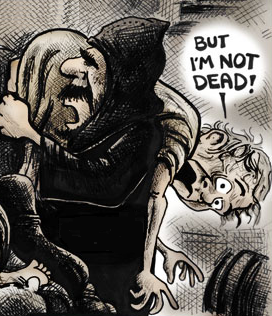 To get rid of the Export-Import Bank of the United States, that is. Members of Congress needed to only let its charter expire on June 30, and then just let it stay expired.

June 30 came and went. So far, so good. But, then on Sunday, July 26, in a 67-26 vote, the Republican-led U.S. Senate decided to attach the controversial bank reauthorization to the $317 billion highway bill. Current highway funding expires on July 31.

Next stop, the bill proceeds to the Republican-led House of Representatives, which, for its part, has passed a 5-month extension of highway funding with no Ex-Im Bank reauthorization attached.

Either, the House will take up the Senate’s massive $317 billion measure — in which case the Ex-Im Bank will be reauthorized.

Nobody really misses the bank anyway. It only accounts for $27.5 billion of the nation’s $2.344 trillion of annual exports — just 1.17 percent of the total. Meaning, more than 98 percent of U.S. exports have no ties to the Ex-Im Bank. It simply does not matter to the functioning of the global economy. It is that insignificant.

And existing Ex-Im loans can be serviced just fine even with the charter lapsed. In the bank’s sunset clause, it states, “The provisions of this section shall not be construed as preventing the bank… from continuing as a corporate agency of the United States and exercising any of its functions subsequent to such date for purposes of orderly liquidation, including the administration of its assets and the collection of any obligations held by the bank.”

As Americans for Limited Government President Rick Manning noted last month, “A lapse of authority will simply mean the bank’s operations continue until all existing obligations are settled. It will continue collecting interest payments to maintain those operations.”

In a March 2015 publication, the Congressional Research Service notes the bank’s contingency plan for the charter ending: “[A]ccording to Ex-Im Bank, if its authority were to lapse, no new commitments (including new loan, guarantee, or insurance transactions) could be approved by its Board of Directors or under delegated authority, but prior obligations (including disbursements on already-approved final commitments) could continue. The Bank could continue to make expenditures in its operations (including salary, rent, etc.), while developing a plan for orderly liquidation.”

In the meantime, current bank customers could, over time, secure financing elsewhere in an increasingly credit-driven global economy. Corporate financing is nothing new.

Boeing has already indicated with the lapsed charter it would provide financing for its customers, who had been using Ex-Im Bank loans, pretty much proving the bank is unnecessary. If financing is otherwise available, what’s the point of the bank?

Making the Senate’s reauthorization vote somewhat inexplicable, except to say that slightly lower interest rates for bank customers do represent a financial incentive to keep the bank running. Albeit, not one that should be of such great interest to Congress, since taxpayers really get nothing out of the deal.

Unless, of course, members of Congress themselves are the ones getting a personal, financial benefit from those who profit off the bank. Making them little more than corporatists doing the bidding of their paymasters. Just saying.